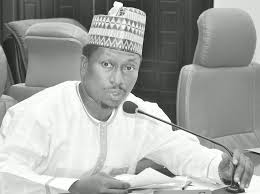 The Niger State Government has approved the sum of N70 million for free surgeries for people of the state with ailments such as goiter, cleft and pile.

The State Commissioner of Health and Hospital Services, Dr. Mustapha Jibril who stated this in Minna, said the surgeries will take place in all the 25 local government areas in the state, in partnership with, Graceland, a non-governmental organization.

He said the objectives of the free surgery is to reduce the burden of diseases that are hindering the performance and production capacity of the people invariably affecting their socio-economic life.

The commissioner also stated that the government will complete viable and people-oriented projects that were initiated by the previous administration in the state with a view to boost health care delivery in the state.

Dr. Jibril also stated that Governor Abubakar Sani Bello has directed the immediate completion of the Maternal/Neo-natal wing of the Minna General Hospital and the Kutigi General Hospital.

He disclosed that N96million has been approved for the Maternal and Neonatal Hospital and the hospital section is to begin operation in few weeks, saying that N50million would be used to settle money owed sub-contractors and the remaining N46million would be used for the procurement of critical equipment as well as provision of other utilities such as water and electricity.

Similarly the commissioner stated that N38million has been released for the completion of Kutigi General Hospital abandoned after expending N170million on it by previous governments.