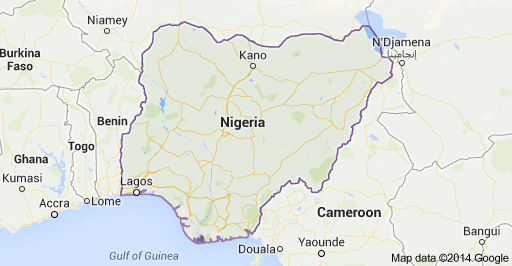 Nigeria has met its counterpart financing requirement for malaria as well as for a joint HIV-TB concept note as required by the terms of the new funding model (NFM) of Global Fund . The West African country is one of the largest beneficiaries of the NFM, allocated more than $1 billion for 2014-2017.

The government will commit some $460 million over five years to a massive malaria prevention campaign, to emphasize activities in high-priority states identified in coordination with the National Malaria Control Program (NMCP). An additional government commitment of $40 million per year has been approved by legislators to support the HIV response.

New domestic financing requirements, known as Willingness to Pay, are a hallmark of the NFM as it shifts Global Fund resources towards those countries with the highest disease burdens and the least ability to pay. Nigeria, the most populous country in sub-Saharan Africa, is also its largest economy according to revised gross domestic product (GDP) figures released by the Nigerian government in April.

Nigeria submitted its concept note for malaria in June, and it has cleared the Technical Review Panel, Aidspan understands from the country coordination mechanism (CCM). A joint concept note for HIV/TB was submitted in August. Both concept notes are expected to proceed to grantmaking in early 2015.

Although Nigeria has earned decent grades for its grant implementation in the past, a new approach was envisioned in both concept notes, with an emphasis on shifting resources and responsibilities to states — especially high-burden states — rather than maintaining centralized responsibility. This will allow a more tailored complement of activities to be carried out in different states, based on population demographics, disease burden and capacity of the health system in each state. Already six states have been designated as sub-recipients and will maintain those roles in the 2014-2017 allocation period. These changes will also afford the national control programs for HIV and malaria to do more oversight, monitoring and evaluation and less program implementation. There will be no change to the CCM role.

The existing private-public sector partnership known as the Affordable Medicines Faculty- malaria has been integrated into Nigerian malaria activities so that, going forward, the country will be able to use Global Fund grants to co-subsidize ACT therapies for pediatric and adult use.

The program continues to face challenges, however, as access has been compromised in areas where high demand has yet to be met with an increased supply. Some of the downsides of the AMFm in Nigeria — including hoarding and distorted pricing — remain, according to a source within the CCM.

Nigeria’s new holistic approach to Global Fund grant management also extends to its management of risk, both programmatic and fiduciary. All principal and sub-recipients are required to develop and seek approval for risk management plans as a condition of disbursement. This includes the NMCP, which was found to have engaged in a series of fraudulent transactionsfor airline transactions. It is expected to reimburse some $50,000 to the Fund prior to grantmaking, Aidspan understands.

But while Nigeria is working to evolve the way it implements grants, the overarching context in which stakeholders engaged in the HIV response are working makes some of the activities, and policies, particularly challenging. Legislation was passed in early 2014 making it a crime to be gay, and provides harsh penalties for organizations found to be working on gay issues. This is not supposed to extend to health services, but the reality is far more complicated (see article here).

Within the CCM there is still tremendous opposition to allowing men who have sex with men, people who inject drugs and other members of key populations to have a voice in the decision-making and oversight of Global Fund grants. They say that because the legal statutes are indicative of the will of the Nigerian people, they have no choice but to adhere to the law and thus distance themselves from the very people the grant monies are supposed to be assisting.

The Fund says that it will continue with an engagement approach launched in 2014 through the grantmaking process, which included the establishment of a secretariat for key affected populations to manage engagement with the rest of the CCM. This has helped, thus far, to ensure that the priorities expressed by the CCM were aligned with those identified by the key populations.

It is anticipated that more technical assistance to key populations will be provided during grantmaking, and through the entire implementation cycle. How to ensure better representation of key populations in the CCM, however, remains to be seen.

According to CCM Spokesperson, Emmanuel Abi Couson said “for [foreign entities] to come and say they should be at the highest decision-making body then you are asking too much. That is our stand as far as Nigeria is concerned because we cannot go against the law of the land.”

Cured of Ebola, Rebecca returns to cure others