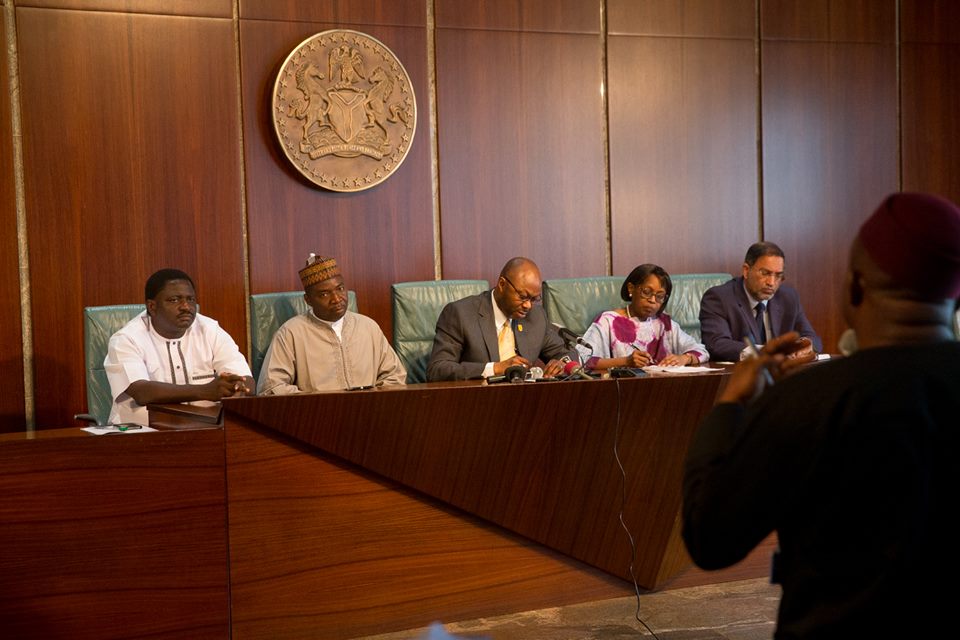 The Nigerian Medical Association (NMA) has expressed worry over rising cases of vaccine preventable diseases in Nigeria. The association observed that the Nigerian government have not paid much attention to immunization against measles in the last five years.

NMA President Dr Kayode Obembe in a press conference onunday said that the NMA is poised to ask the Nigerian Government pertinent questions regarding its commitment to fund immunization.

He said the phrase ‘Routine Immunization’ suggests an activity that is taken repetitively without extra effort or innovation and therefore deserves no serious attention, but the NMA is asking if the definition is the “reason why it has taken Nigeria so long to make the modest achievements so far in preventing vaccine preventable illnesses in our children. Could this be the reason why perhaps some of our states governments seem not bothered about the funding, coordination and sustenance of this program? Could this too explain why such an important game changing intervention program be left to be substantially funded by donor funds? Perhaps, this too, is the reason why few are bothered about the fate of immunization programs in the face of donor fund withdrawal”

Among its worries is the unwholesome and bitter experiences many heath workers have faced, and kept on facing in the field during vaccination days, these issues informed the theme of the Association’s physician week “Routine Immunization in the Change Era ;Targeting Measles and other Vaccines Preventable Diseases and subtheme, the National Health Act 2014 & Immunization”

“These and many more prompted us to posit that the change mantra should stir up some effects in us as a people to eliminate the apathy or lack of commitment in all quarters so that we start prioritizing activities and programs in order of importance” the NMA president said.

“To eliminate the frustrating experiences from health workers that carry out this immunization, Nigerian Medical Association is of the strong opinion that time has come for a more critical appraisal of Nigeria’s primary and secondary healthcare systems-the strata that should give stronger institutional impetus to immunization activities in the country. Should our primary health care been active, responsive and highly resourced, routine immunization which is one of its cardinal programs would have been routine and not taken for granted. In the absence of a virile PHC system, the journey would still be too fortuitous, cumbersome and therefore, fraught with many ups and downs. We are all ears to hear what the speakers would say concerning these posers tomorrow.
Towards fighting this scourge and many other health conditions which embarrass our nation today, the Nigerian Medical Association thinks that the time is ripe to declare a national emergency in the Health sector. This will entail putting all machinery in place towards eradicating this embarrassing health situation from Nigeria by adapting a Country plan as guided by the WHO Measles elimination plan. This plan was endorsed by Nigeria in September 2011 during the 6th Session of WHO Regional Committee for Africa.

“Preventable child hood diseases like Measles ought not to still exist in Nigeria. Our record shows that Measles is one of the leading causes of death among young children and in 2013, there were 145, 700 measles deaths globally and about 400 deaths every day or 16 deaths every hour. We also observed that Measles vaccination resulted in a 75% drop in measles deaths between 2000 and 2013 worldwide” said Obembe

The association said it is hopeful that the APC change agenda will be evidenced in the health sector “We also discovered that between 2000 and 2013, measles vaccination prevented an estimated 15.6 million deaths making measles vaccine one of the best buys in public health. Whereas some states of the federation are doing well, data from the Nigerian Demographic Health Survey (NDHS) 2013 shows that some states performed woefully. But, change has come!”

The Physicians’ week offers doctors and dentists in Nigeria a special opportunity to have a critical appraisal of the medical profession and practice, the Healthcare system and other important contemporary national and global issues. It also offers medical and dental practitioners opportunity to interact with their patients and the general public and also offer humanitarian services to Nigerians as part of their corporate social responsibility.

WHO cautions State Governments on funding commitment for Polio Eradication