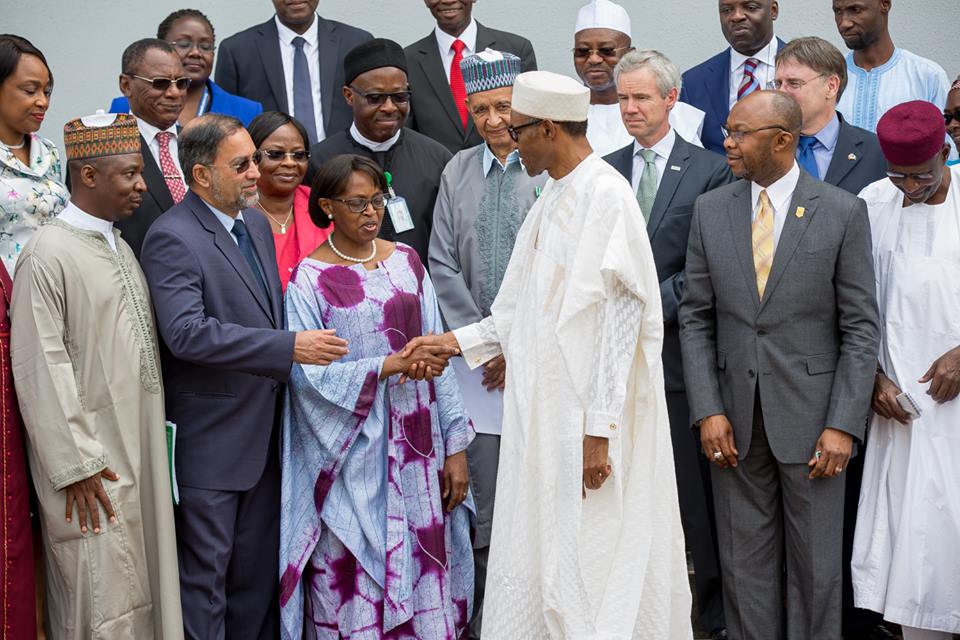 President Muhammadu Buhari has reiterated his commitment to making the National Health Act fully operational, towards this end, the President has directed the Federal Ministry of Finance to provide for the basic healthcare provision fund under the 2016 Budget Appropriation.  President Buhari disclosed this Monday in the State House, Abuja when he received the formal letter delisting Nigeria from Polio endemic countries from the Director General of the World Health Organization (WHO), Dr. Margaret Chan.  Dr. Chan was represented by the World Health Organization Regional Director for Africa, Dr. Matshidiso Rebecca Moeti.

The President noted that the National Health Act has made provision for universal access to basic healthcare with a focus on the poor and vulnerable. He described Nigeria’s delisting from Polio endemic countries as an “epoch making event” and pledged that Nigeria would not be complacent but rather, would sustain its gains by improving and strengthening health surveillance systems. He added that Polio would continue to be seen as a health emergency, “Until we are declared Polio free in the next two years.”

Speaking earlier, the Permanent Secretary Federal Ministry of Health, Mr. Linus Awute, said the President’s gesture of administering the oral Polio vaccine to his grandchild significantly boosted vaccine acceptance in communities, describing it as a clear instance of “leadership by example.”
In a presentation during the occasion, the Executive Director, National Primary Health Care Development Agency (NPHCDA), Dr. Ado Muhammad, highlighted the nation’s Polio eradication efforts. He stated that presently, the areas of focus for sustaining the gains include improving routine immunization coordination; timely outbreak response and preparedness; ensuring children in security compromised areas are consistently reached for immunization, strengthening the health system, as well as closing surveillance and funding gaps.

In her remarks Dr Moeti emphasized that routine immunization should be used as an entry point for strengthening health systems in the country as it  would not only sustain the Polio gains, but was also important for protecting against other vaccine preventable disease.
She however noted that in spite of the gains in containing Polio and significant improvement in immunization, Nigeria is one of the four highest burdened countries for Neglected Tropical Diseases (NTDs) such as river blindness, intestinal worms, blinding trachoma and leprosy. She disclosed that given the huge burden of NTDs, international pharmaceutical donors have pledged to supply medicines, in the quantities needed, to reach individuals who are affected by NTDs.

The World Health Organization Regional Director for Africa pledged the support of the WHO and the Global Polio Eradication Initiative towards certification of Polio eradication in Africa by 2017.

NHAct: One Year after enactment