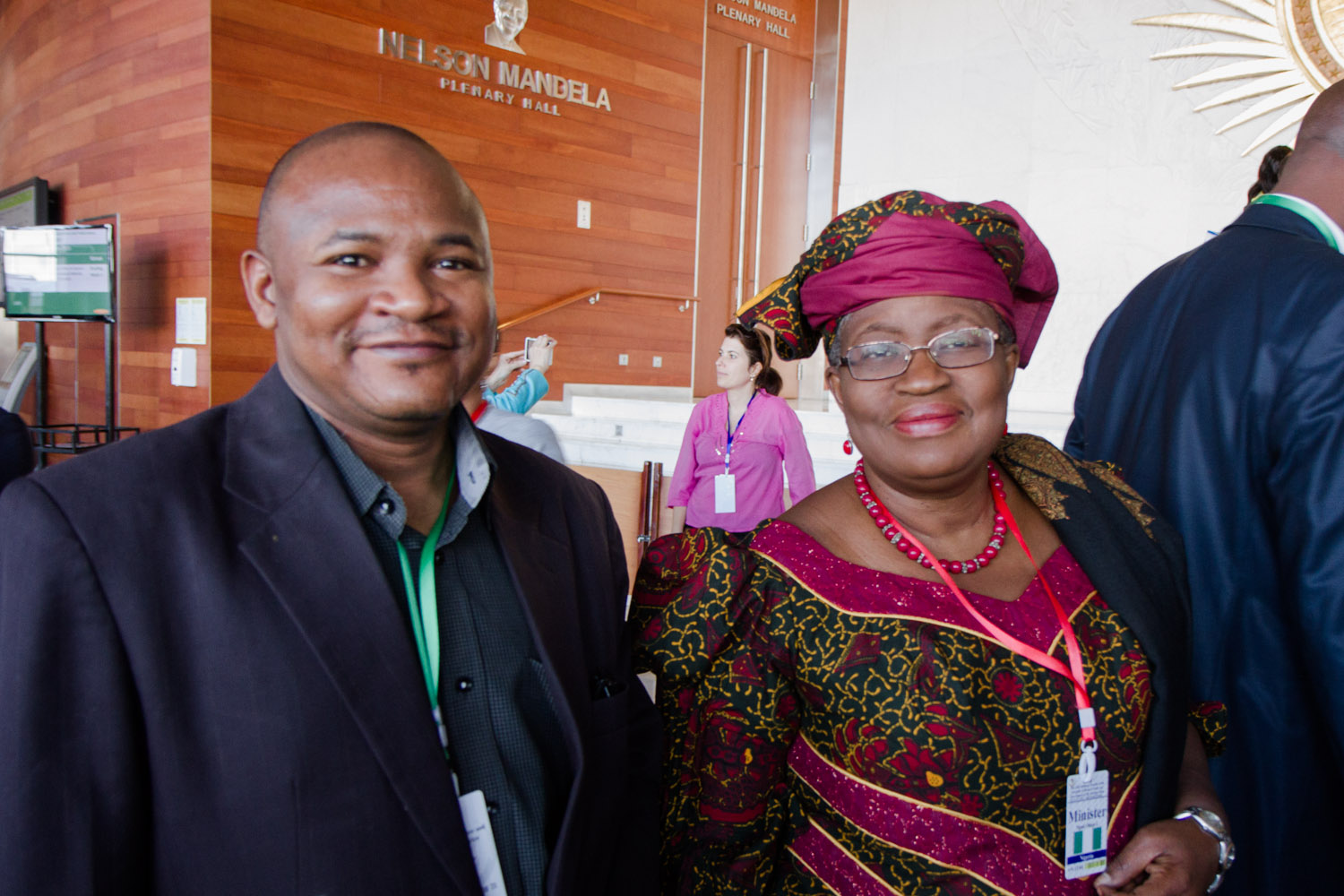 While waiting to drive to airport for a trip, I had about 2 hours of redundancy on Thursday 29th January 2015, so I decided to watch an NTA programme featuring Nigeria’s Minister of Finance Prof Okonjo Iweala. It was a morning session of about 45 minutes mainly focusing on economy, available resources to fund Nigeria’s 2015 budget and dwindling oil revenue. What I liked most about her responses to the questions fielded was her honesty and down to earth in providing details about our domestic challenges. She admitted it is a tougher time with international oil price taking a dip regularly which affects our oil revenue and invariably available resources to spend in 2015. She also admitted that our foreign reserve has shrunk tremendously over the years as it was used to fund some sector of the economy and the state governors at some point weren’t interested in ‘saving’ money, so funds meant for foreign reserve (rainy day) that accrued previously from  increased oil revenue were shared among the federal and state governments. The most important question to her by the 2 presenters was ‘what are the measures that would be in place to cushion the effect?’ The answer was simple but equally tough. She mentioned that we have to turn to raise more domestic revenue via taxation and be innovative in doing that. Also to cut wasteful expenditure and be efficient in the way the budget is managed.

24 hours after watching that programme I met with the Prof Okonjo Iweala Finance Minister briefly by chance outside the Nelson Mandela Plenary Hall in the corridor of the Africa Union in Addis, Ethiopia. I was a participant to the 24th Ordinary Session of the Assembly of the African Union Heads of State and Government that took place Friday 30th and Saturday 31st January 2015. It was a useful and exciting moment as I told her I was impressed with her frankness on what need to be done devoid of politics and also stressed that we need to improve funding of health sector and its fiscal space in order to reduce our maternal and underfive deaths. She agreed with me and asked that I followed up with her to continue the discussion on return to Nigeria.

The health sector must engage with the finance minister to find solution to its myriad challenges which only additional funds will solve as well as explore more fiscal space. Some of the challenges are;

In general terms, fiscal space refers to the availability of additional resources for increasing government expenditure, without prejudicing the sustainability of the government’s financial position (Heller, 2007). I enjoyed reading a report ‘An analysis of fiscal space for social protection in Nigeria written by Overseas Development Institute, Feb 2012. The report provides some insights about what need to be done to improve fiscal space for social protection which health is among.

The report observed that “however, ensuring fiscal space is used to expand social protection programmes will depend on the Nigerian government’s political commitment,” and also draws heavily on Handley (2009) in examining the following ways to generate fiscal space

The health sector already has its fiscal space ‘The National Health Act’ that has a mandate for the establishment of a Basic Healthcare Provision Fund primarily financed through a combination of an annual grant of 1% from the Federal Government’s Consolidated Revenue Fund, grants from international donor partners and counterpart funding of at least 25% from States and Local Government Councils hosting projects financed through the Fund. It is to be managed by a consortium made up of the National Primary Healthcare Development Agency (NPHCDA), the National Health Insurance Scheme (NHIS) and the Committee on Emergency Medical Treatment for Nigerians. Proceeds are to be disbursed as follows;

A rough estimate of the 1% is about NGN Thirty Eight Billion Naira annually. However this money has to be allocated, appropriated and released to make the desired impact and this is where engaging Prof Okonjo Iweala and her ministry becomes very crucial.