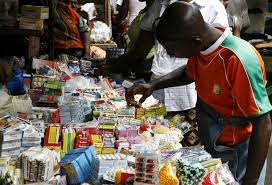 The Osun State Government has gave a five-day ultimatum starting from Monday to all patent medicine stores that were yet to pay up their annual dues to do so or have their stores closed.

A statement issued in Osogbo by Director of Pharmaceutical Services at the state Ministry of Health, Mr. Adepeju Ojo said the Pharmaceutical Council of Nigeria (PCN) Osun State Chapter would no longer take it lightly with owners of medicine stores that default within the given time.

The director said that their failure to pay within the stipulated time could lead to the sealing-off of their premises; therefore he enjoined those that were concerned to pay up.

According to Mr. Ojo, the council is seriously working to make sure that all illegal medicine vendors and stores in the state are closed.

Newsmen report that 123 pharmaceutical and patent medicine stores were sealed off in the state last year by the PCN.

Also, 14 pharmaceutical and 109 patent medicine stores were sealed off by the council for offenses ranging from sales of unauthorised drugs to operating without the supervision of a pharmacist among others.

WHO launches guidelines to address FGM