WHO launches guidelines to address FGM 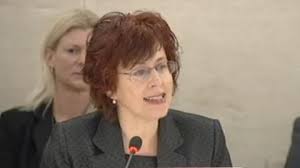 According to reports, the guidelines come amidst concern from international migration in which many women who have undergone mutilation are leaving to new places where health workers are unable to recognize signs of mutilation or know what to do about it.

WHO Assistant Director-General – Family, Women’s and Children’s Health, Dr. Flavia Bustreo, in a statement issued at the 2016 Women Deliver Conference for Women and Girls in Copenhagne, Denmark, said
health workers have a crucial role in helping address this global health issue.

“They must know how to recognize and tackle health complications of FGM,” Dr. Bustreo said.

She added that access to the right information and good training can help prevent new cases and ensure that the millions of women who have undergone FGM get the help they need.

International effort against FGM have focused on stopping the practice, but this is the first time international guidelines are being released for ‘after’ care.

FGM is prevalent in some 30 countries in Africa and some countries in Asia and the Middle East, but is fast becoming a global health issue, the WHO warned.

It said the procedure, involving partial or total removal of external genitalia or other injury to the female genital organs for non-medical reasons, has no health benefit.

The WHO statement added that FGM can cause harm and violates the rights of girls and women, adding that the procedures can cause severe bleeding, problems urinating, and later cysts, infections and deaths.

“The FGM can result in complications in childbirth and increased risk of newborn deaths,” the statement stated.