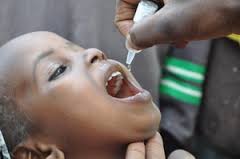 Akwa Ibom State Government have advised parents and care givers to bring out their children and wards from 0-59 months of age for immunization during the Second Round National Immunization Plus Days (NIPDs).

The programme scheduled to last for four days started on March 19 and will end on March 22, 2016.

The State Commissioner for Health, Dr. Dominic Ukpong gave the advice in his office while speaking on the forth coming Second Round National Immunization Plus Days (NIPDs).

“Children will be immunized against polio myelitis, measles, hepatitis, diphtheria, tetanus and yellow fever during the immunization exercise to be held in all health facilities and immunization centres,” he said.

The commissioner stated that the immunization is free, safe and has noadverse effect on the child, adding that rather the repeated dozes boost the child’s immunity.

Consequently, parents are encouraged to avail themselves of the opportunity and receive all the interventions available during this period.