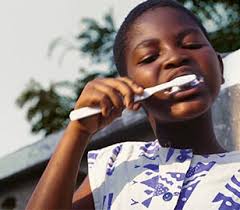 Former President of the Nigeria Dental Association (NDA), Dr. Olufemi Orebanjo has called for the implementation of the National Oral Health Policy to make quality dental care accessible to all Nigerians.

Orebanjo made the call in an interview with the newsmen in Lagos ahead of the 2016 World Oral Health Day, celebrated annually on March 20.

He said: “The National Oral Health Policy was formulated in the year 2012 and received the blessing of the lawmakers in the year 2013/2014. Then we were very hopeful that the implementation would commence at all levels of government; however, it is too early to say this is not done.

Dr. Orebanjo said NDA is still hoping to see some changes taking place, but not at the speed that is the expectation of the association and the practitioners of dentistry in Nigeria.

“When implemented, the policy will bring a remarkable change in the health indices of Nigerians, knowing that the mouth is the gateway to the body and a good number of diseases actually take origin from the mouth.

“So when this is implemented, it will promote not just the oral health of the Nigerian populace but health generally,” he said.