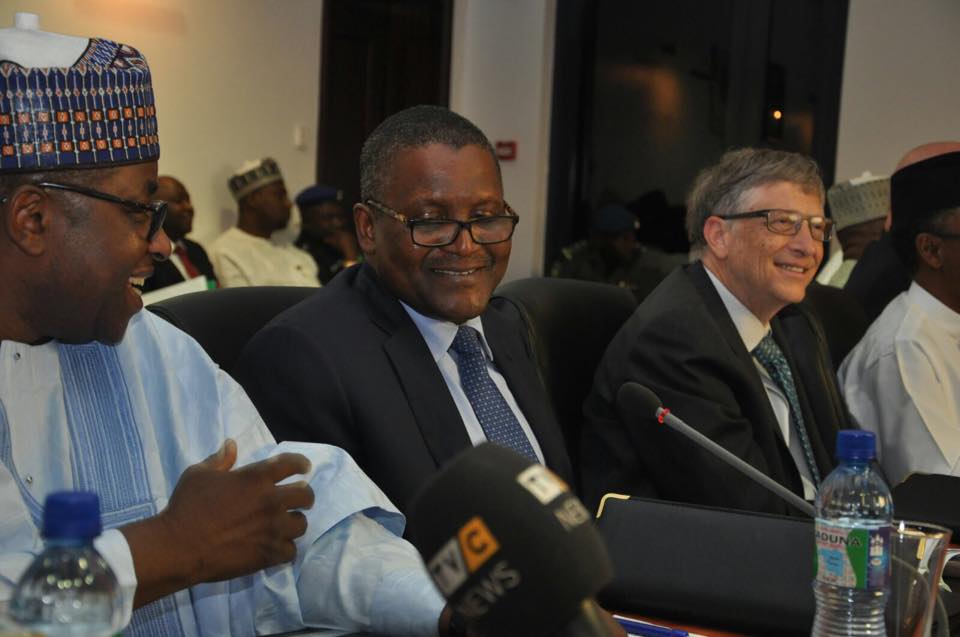 The richest man in the world and co- founder of the Bill and Melinda Gates Foundation, Mr. Bill Gates has applauded Governor Mohammed Abdullahi Abubakar of Bauchi State, for showing serious commitments to
fighting polio and other vaccines-preventable diseases.

Mr. Gates who spoke in Kaduna at the 2015 end of year review meeting of the Memorandum of Understanding on Routine Immunization , said Bauchi state is “leading the way”, which he said is exactly what his foundation and other similar development partners are working to achieve.

Press Secretary to the Bauchi State Executive Governor, Abubakar al-Sadique, in a statement said Mr. Gates commended the new innovations brought to the provision and development of affordable and accessible healthcare services by the governor since his assumption to office last year. He called on the states involved in the Memorandum of Understanding to ensure that all mothers are enlightened on the dangers of the polio virus and other vaccine-preventable diseases.

On his part, founder of Dangote Foundation, Alhaji Aliko Dangote, said the partnership between the Bill and Melinda Gates Foundation, Dangote Foundation and the Bauchi state government has yielded fruitful results, saying the impressive progress made by the state in the fight against polio virus is commendable and worth emulation.

Under the MoU, Bill and Melinda Gates Foundation and Dangote Foundation will pay 70 per cent, while Bauchi is to pay 30% of the sum needed for carrying out the routine immunization exercise.

In his remark, Governor Abubakar reiterated his administration commitment to eradicate polio and other preventable disease in the state, adding that it is the reason he introduced a 5 point health agenda tagged “Lafiya Garkuwa” that seeks to make health care not only affordable but accessible to all, especially women and children under 5 years.

Health Reporters reported previously  that Bauchi State has allocated  16 per cent of the 2016 proposed budget to health, which is above the 15 percent approved in the 2001 Abuja declaration.