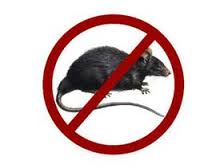 The Director, Primary Health Care (PHC) Dass local government area, Suleiman Abdul Kirfi revealed this to Journalist Against Polio (JAP),  when they paid him a courtesy call  in his office in Dass Local government secretariat.

He said, there was outbreak of the case in Wandi ward that claimed the life of Sani Haruna in December 2015  and the recent case of the disease was in January 8th,2016 in Bundot ward that led to the dead of Amina Maida all in Dass local government area.

The Director who said the victims test results at the Abubakar Tafawa Balewa University Teaching Hospital Bauchi confirmed that they died of Lassa fever explained that , have carried out enlightenment campaign on the endemic disease and also distributed pamphlet to people in the area as part of what their department has done to curtail the outbreak

Kirfi also said that, they have also organised seminars for their health personnels in the local government area on how to handle patients with Lassa fever symptoms in their various health centers.

He indicated that they collaborate with stakeholders and environmental health workers to conduct sanitation inspection from time to time especially in those areas where the cases of Lassa fever were recorded.
“We have caution our health workers that any fever case that defile treatment after a week, should be referred immediately to ATBUTH Bauchi” he said.

The leader of the delegation, Elizabeth Carr said to the Director that, they were in the area with the support of World Health Organisation (WHO)  to sensitize the people on Lassa fever and the need for hygiene and sanitation.