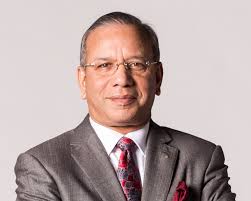 President of the Rotary International, Ravi Ravindran said he is optimistic that the world will be polio free by 2019 if countries intensify efforts to ensure total interruption.

Mr. Ravindran who disclosed this in Abuja at the 7th District Conference of Rotary International District 9125, said the club expects every country currently fighting polio to interrupt transmission of the virus this year, and continue vaccination against the disease till 2019.

The World Health Organization (WHO) only offers polio-free certification after three years of interruption by any polio-endemic nation, without any case of the disease recorded within the period.

Nigeria interrupted the scourge in 2014, and was delisted as polio-endemic country by the WHO last year. Only Pakistan and Afghanistan are two remaining countries currently battling the disease, worldwide.

At the conference which had the theme ‘Celebrating a Gift to the World’ Ravindran said: “Rotary membership is on the rise worldwide. As we look ahead to Rotary’s future, we look forward as well to our greatest achievement yet; the eradication of polio. We hope and believe that in this year, the world will see its last case of this terrible disease.

“Yet, as we all know, reaching this milestone does not mean that we have reached the end of our work. Three years must pass before the world can be certified polio-free.

During that time, we must continue to immunize children, continue to monitor the environment for signs of the virus, and keep awareness
high. In these most critical days, every one of us has a role to play in ensuring our success.”

Speaking at the conference, Speaker, House of Representatives, Yakubu Dogara, called on people of the country at the event to imbibe them key objectives of Rotary, commonly referred to as the four-way test.

Represented by the Deputy Chief Whip of the House, Mr. Pally Iriase, said that if people in the country live by the four-way test advocated by Rotary, things would be positively turned around as desired by the majority of the nation’s population, and as has been intended by the Federal Government.

The FCT Minister, Muhammad Musa Bello, represented by Mr. Buba Gamawa commended the Rotary club and urged other organizations across the globe to emulate the club.

District Governor of the club, Dr Mike Omotosho while conferring awards to prominent personalities, assured that Rotarians would continue to positively impact on humanity, especially the less-privileged.