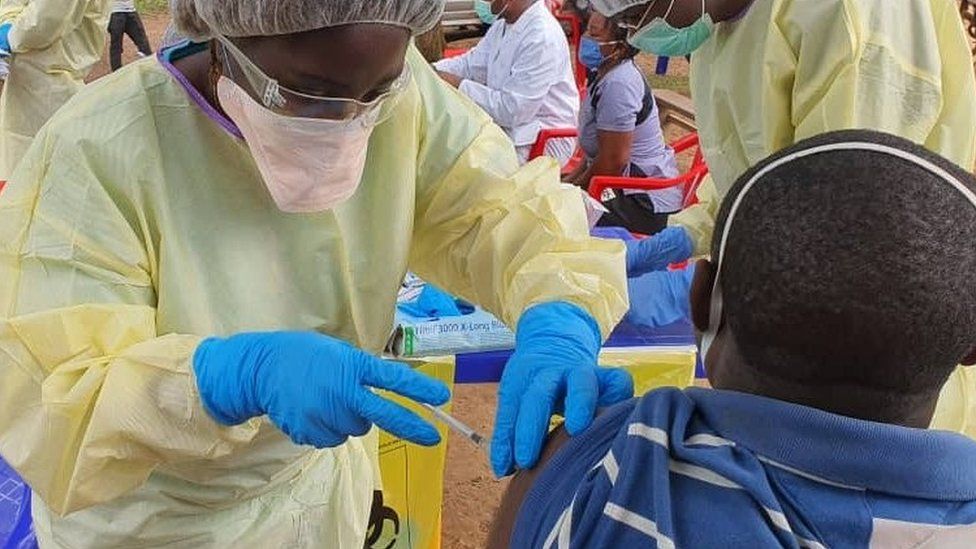 Uganda said its Ebola caseload had jumped to 16 people while a further 18 people also likely had the disease, fuelling fears of a spreading outbreak that involves a strain for which a vaccine has not yet been found.

In a tweet, the ministry of health also said the death toll of confirmed cases remained four while 17 others classified as probable cases had also died.

The outbreak had also now spread to three districts, all in central Uganda.

The east African country last week announced the outbreak of Ebola, a haemorrhagic fever whose symptoms include intense body weakness, muscle pain, headache and sore throat, vomiting, diarrhoea and rashes among others.

The current outbreak, attributed to the Ebola Sudan strain, appears to have started in a small village in Mubende district around the beginning of September, authorities have said.

The first casualty was a 24-year-old man who died earlier this week.

The World Health Organization says the Ebola Sudan strain is less transmissible and has shown a lower fatality rate in previous outbreaks than Ebola Zaire, a strain that killed nearly 2,300 people in the 2018-2020 epidemic in neighbouring Democratic Republic of Congo.