UNAIDS applauds Germany’s pledge of €1.3b for the 7th Global Fund Replenishment 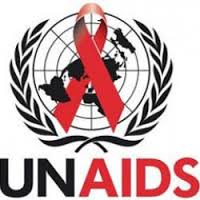 The United Nations Agency for AIDS (UNAIDS) has applauded Germany’s pledge of €1.3 billion for the 7th replenishment of the Global Fund to Fight AIDS, Tuberculosis and Malaria.

This is an increase of 30 per cent on the country’s contribution of €1 billion made in 2019.

The announcement is a significant step towards reaching the goal of raising at least $18 billion when President Biden hosts the 7th Global Fund Replenishment Conference in New York later this month.

“This announcement demonstrates Germany’s continued leadership in global health, its commitment to multilateralism and its determination to save millions of lives by ending AIDS, tuberculosis and malaria by 2030,” said UNAIDS Executive Director, Winnie Byanyima.

“This is an investment in young people’s health and wellbeing—particularly of young women and girls —and it will strengthen global security by instilling resilience into systems needed to protect all of us from emerging health threats. I look forward to other donors matching Germany’s increase in funding.”

The United States is the Global Fund’s largest donor and has pledged $6 billion for the organization’s 7th replenishment contingent on the $18 billion target being fully met.

Last week, Japan announced that it was increasing its contribution to the Global Fund by 30 per cent to more than $1 billion.

The Global Fund Replenishment Conference takes place from September 19-21 at a time when funding for the HIV response remains under intense pressure.

In 2021, international resources available for HIV were 6% lower than in 2010. Overseas development assistance for HIV from bilateral donors other than the United States has fallen by 57 per cent over the last decade.

The HIV response in low- and middle-income countries is US$8 billion short of the US$29 billion needed by 2025 to get the world on track to end the AIDS pandemic as a global health threat by 2030.

To maximize the effectiveness of their investments to the Global Fund, donors are also being urged to fully fund the Joint United Nations Programme on HIV/AIDS.

UNAIDS is present in 70 countries worldwide working in partnership with governments, civil society and communities, collecting the data that shapes the HIV response, advocating for the reversal of harmful laws and policies to create an enabling legal environment, working for an end to HIV-related stigma and discrimination, and challenging the inequalities driving the HIV pandemic among vulnerable and marginalized groups of people.

UNAIDS latest report In Danger, shows that recent crises have knocked the global AIDS response off track, with HIV infections on the rise in 38 countries. It shows also that the end of AIDS by 2030 is possible, if leaders act boldly together.

The announcement of Germany’s increase was made in Berlin by the Federal Minister for Economic Cooperation and Development, Svenja Schulze, at the Get Back On Track international conference.

The conference was organizes by civil society organizations, including Action Against AIDS Germany.