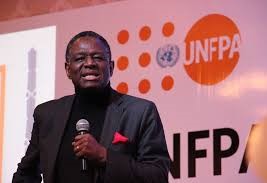 The UN Population Fund (UNFPA) has called on the leaders of the three tiers of government to empower teenage girls to enable them to make important life decisions. The Fund’s Executive Director, Dr. Babatunde Osotimehin, stated this in a message to commemorate the World Population Day (WPD).

Osotimehin said such empowerment would equip the girls with necessary tools to earn a living, engage in the affairs of their communities and be on equal footing with their male counterparts.

He decried the situation where teenage girls had no say in decisions about their education, health, work or even marital status, saying that in such a state, the girls may never realise their full potential or become positive force in the transformation in their homes, communities or nation.

He said: “Teenage years for some girls is for exploration, learning and increasing autonomy, but for many others, it is time for increased vulnerability and exclusion from rights and opportunities, or just plain discrimination.

“When a teenage girl has the power, the means and the information to make her own decisions in life, she is more likely to overcome obstacles that stand between her and healthy, productive future.

He added that it is very important to invest in teenage girls in order for them to protect their health, including their sexual and reproductive health, and to enable them to receive quality education and to expand economic opportunities, including decent work.

“A teenage girl whose rights are respected and is able to realise her full potential is more likely to contribute to the economic and social progress of her community and nation,” he said.