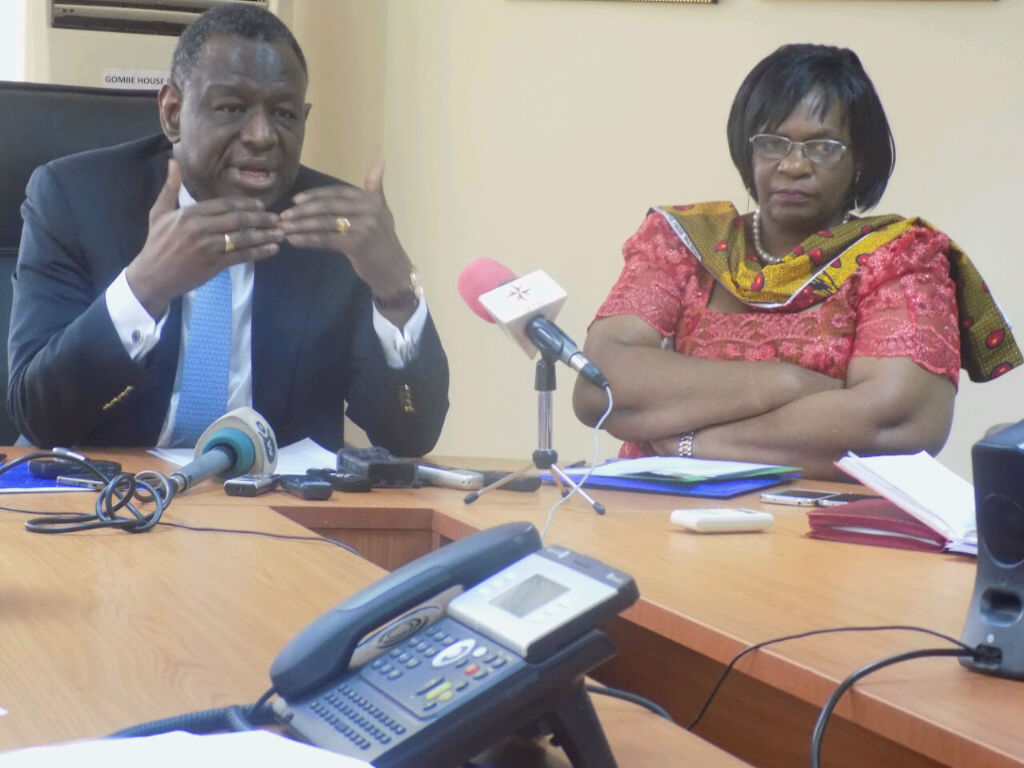 The United Nations Population Fund, (UNFPA) Wednesday refuted allegations that it is encouraging some sexually abused pregnant women and young girls rescued from the Sambisa Forest in Borno State to abort babies. UNFPA Executive Director Dr. Babatunde Oshotimehin, told a press conference in Abuja that the activities of the UNFPA is tied to programme of the country and will not violate its laws against abortion. He reiterated that the responsibility of the UNFPA is to provide humanitarian services to people considered to be the most vulnerable groups in the country. In the case of the women who have been sexually abused and are currently pregnant, he said what the UNFPA does is to provide those who are pregnant with counselling on how to live a healthy life while pregnant, and did not advocate for abortions.

“We all should be mindful of the fact that in the case of this insurgency, the rights of women and girls have been sexually violated. We provide those who are pregnant with counselling on how to carry the pregnancies, we do not advocate abortion, we support life, we support people and we support them to carry their pregnancies” Oshotimehin said as he called for general support for the 275 women rescued from Sambisa Forest, currently battling with the trauma of physical and sexual abuses.

He acknowledged the pain of the displaced persons in the Northeast State of Nigeria who have lost their homes and lives on the cause of the various Boko Haram attacks in some of the communities in the Northeast States. “to be taken away from home your home, denied love and access to comfort, and  you watch women sexually abused and some killed, without knowing whether you will return home alive is a challenge and traumatising situation every Nigerian should ponder upon, and that is why we provide anyone who returns with dignity kits” he noted.

In a telephone interview with media for confirmation of the alleged reports of abortions, Permanent Secretary Adamawa State Emergency Management Agency (SEMA), Haruna Harman, said the accusation against the UNFPA is mind bugling, being that the organisation since the outbreak of insurgencies in the Northeast has been committed to supply of food and non-food items and medical care to the victims and displaced persons in the state.

“the UNFPA has rehabilitated some health facilities, contributed in training and retraining of staff and health workers in almost 20 clinics in the state” Haruna said the effort of the UNFPA has been on rehabilitation of the women rescued from the Sambisa forest. According to him, Adamawa State as at its last count of number of displaced persons has 29,137 displaced persons in camp, and 300,000 staying in some designated station in some host communities.

Also in a telephone conversation, Dr. Salma Kolo- Commissioner of Health Borno State, told journalists in Abuja that no abortion is happening in Borno State. She however said the State do not decide for people what they do, “we provide information and counselling to them, it is left for them and their families to decide what they do with such pregnancies” Dr. Salma also said it has been challenging in identifying the girls and women raped “because of stigmatisation they don’t open up and it is difficult for us to offer medical care as required”

The Borno IDP camps has other challenges bordering on lack of human resources for health, as many health workers fled the state at the heat of the insurgency, but is hopeful that health workers especially nurses will come in to help the state in caring for the women and girls as the Military battles insurgents. Borno according to Salma has 21 IDP camps, with 45, 000 people under the care of some UNFPA funded interventions.

Responding to the issues of reproductive health in the IDP camp, UNFPA Nigeria Representative, Dr. Ratidza Ndhlovu, said the organisation has already invested US$ 3,310,505 out of US$ 10,463,729 million it needs to purchase dignity kits, to be given to those in IDP camps.

“Dignity kits is for health and physical security which is paramount, we give them to the most vulnerable groups affected by the insurgency, we lack camps in Nigeria, this has been overwhelming where communities have been totally eliminated and they don’t have homes”  Ndhlovu said.