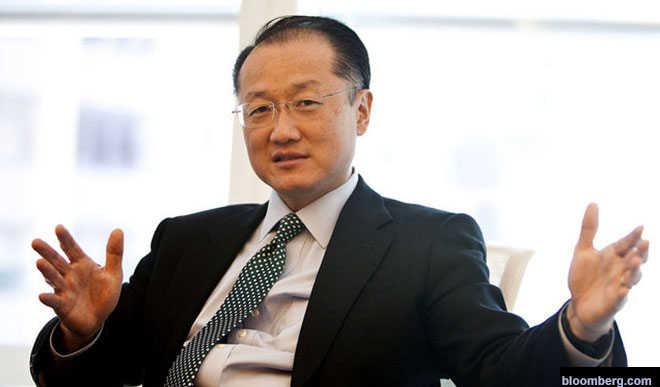 Disembarking from Kenya Airways on Sunday 9th August 2015 in Nairobi was fun to me as I met by chance Mallam Kabiru Yusuf the Publisher of Daily Trust and his family. Between the airport tarmac and arrival lobby we spent about 40 minutes and it was chats all through. For a curious reader, I and Mallam Kabiru had a history. I first met him in July 2002 at a cocktail party organized by U.S.A Embassy in Abuja and we had a brief chat and its outcome led to me starting a weekly health column in Daily Trust in October same year, thirteen years now. The rest is history. In our informal chat at the Jomo Kenyatta Airport I complained to him that the media hadn’t reported the recent visit of PMB to United States as it should be as I expected to read, listen and watch robust commentary about the potential support that World Bank promised Nigeria, its implications to health sector and sustainable development as well as a strong call by the media for prudent, transparent and efficient spending of the expected funds. And equally to match the World Bank funds with domestic counterpart financial resources.

During the PMB’s United State trip he had a meeting on July 21 at the Blair House in Washington DC with Dr. Susan Desmond Hellman CEO of Bill and Melinda Gates Foundations as well as with World Bank Group President Jim Yong Kim and his team of Vice Presidents and Ray Chambers, UN Sec Gen’s special envoy on Malaria and MDGs financing. In that meeting issues centered on Polio Eradication, Routine Immunization and Primary Health Care were highlighted with an opportunity for Nigeria to secure a $300m social health bond for Malaria and instrument to increase fiscal space for health as well as an offer of $2.1billion for north east post conflict reconstruction and development. I really expected our media to pick on these with lots of analysis and commentaries.

These aren’t the only World Bank recent investment in Nigeria. We are aware that Nigeria is at a crossroads. This is because it has now join the club ‘Lower Middle Income Countries (LMICs) ’. With a GDP of about $510 billion in 2014 it has now become the biggest economy in Africa ahead of South Africa which has occupy the 1st position for a long time. Nigeria that has over the years being enjoying support from GAVI (Global Alliance for Vaccine ) to finance its Routine Immunization Programme which was reported to contribute significantly to reduction of under-five mortality rate. From 2015 by virtue of its ‘LMIC’ status, the country has commence transition process from GAVI support. GAVI transition is calculated at 15% increase in Nigeria co-financing in 2015, and linear increase in co-financing obligation between 2015 and 2020.  In 2020, the full market price occurs, and Nigeria pays the full cost of device and average freight for new vaccines. The change of status is not only affecting GAVI funds but other grants from multilateral and bilateral funding and support. Having said that this year that Nigeria is expected to start marching GAVI funds, we couldn’t do it and World Bank had to bail us out with a loan of $200 million and again Nigeria will receive another $500 million to boost its ‘Saving One Million Lives Initiative’ under a result based financing mechanism for all the 36 states to access funds to improve Maternal, Newborn and Child Health.

Is that all? The answer is NO. There will be another World Bank dollars coming to Nigeria soon via the Global Financing Facility. I was in attendance in the afternoon of Monday July 13, 2015 to witness the launch of Global Financing Facility (GFF) in support of Every Woman Every Child by the United Nations Secretary General Mr. Ban Ki-moon in partnership with African heads of states and leaders of international development organizations. The event took place at the Africa Hall of the UN Economic Commission for Africa in Addis Ababa, Ethiopia during the 3rd United Nations Finance for Development Conference. At the launch, the World Bank Group announced a new GFF partnership with its International Bank for Reconstruction and Development (IBRD) to raise funds from capital markets for countries with significant funding gaps for reproductive, maternal, newborn, child and adolescent health (RMNCAH). United Nations, the World Bank Group, and the Governments of Canada, Norway and the United States joined country and global health leaders  to launch the Global Financing Facility (GFF) in support of Every Woman Every Child, and announced that $12 billion in domestic and international, private and public funding has already been aligned to country-led five-year investment plans for women’s, children’s and adolescents’ health in the four GFF front-runner countries of the Democratic Republic of the Congo, Ethiopia, Kenya and Tanzania. During the ceremony the GFF partners also announced the next group of eight countries to benefit from the GFF, with the goal of supporting 62 high-burden low- and lower-middle income countries within five years. The GFF is adding Bangladesh, Cameroon, India, Liberia, Mozambique, Nigeria, Senegal and Uganda as the second wave of GFF countries.

The reader should do the math and will know that enormous investment running in billions of dollars by World Bank will come to Nigeria. This necessitate a call for a strong political leadership, accountability and transparency in the health sector by the President Muhammadu Buhari administration. The government must innovatively increase fiscal space for health and ensure citizens’ participation in determining where, when and how all the funds will be spend.

Are We Prepared for the Next Global Epidemic? The Public Doesn’t Think So