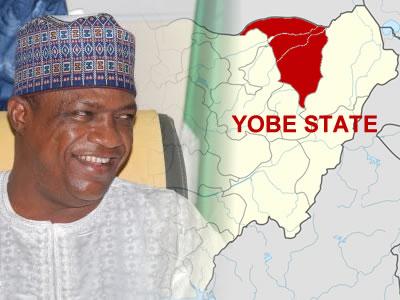 The Yobe State Government in collaboration with UNICEF are to execute water, sanitation and hygiene projects worth N460 million under the second phase of the European Development Fund (EDF) programme, an official has confirmed. Alhaji Mohammed Bukar, General Manager, Yobe Rural Water Supply and Sanitation Agency (RUWASSA), told newsmen on Saturday in Damaturu, that under the second phase of the EDF programme, 220 hand pumps would be installed.

Other projects include 40 blocks of latrines and 20 motorized boreholes in some communities in Bade and Nguru local government areas. According to him, the projects are aimed at ensuring effective sanitation and hygiene in the state.

“UNICEF will provide N300 million, while Yobe state and the 17 local government councils are to provide a counterpart fund of N160 million to finance the projects,’’ he explained.
The Manager said that Governor Gaidam had agreed to pay the state and local government counterpart fund of N160 million in September and October this year, so that work would commence. He said that 25 latrines would be constructed in some selected public places in the state, including markets and motor parks, to promote sanitation and check open defecation.
Mohammed said that the projects would be executed in areas with very difficult geology and acute water shortage.

“For instance, Gwio-Kura in Bade local government area is one of the most difficult areas facing serious water challenges. The idea is to make such areas a special priority since much will be required to execute such projects in those areas, unlike others.

“I am glad to say that the benefitting communities have already made their contribution of five per cent each; such monies are domiciled in bank accounts and meant for maintenance, which qualifies them for the projects.’’

He said that under the first phase of the EDF programme, 342 clusters of communities benefitted from 200 hand pumps and 40 blocks of toilets with water facilities.
“The rural communities in Bade and Nguru council areas got 100 hand pump-operated boreholes each, while 20 blocks of latrines were built for each school, fitted with water facilities.’’

Alhaji Mohammed commended the Yobe government for pledging to fulfil its obligation of the counterpart fund, saying that such commitment toward access to water and sanitation facilities would reduce water-borne diseases in the rural areas. It was reported that  Gov. Gaidam pledged to settle the N160 million counterpart fund to enable the state government to access the N300 million from Unicef when Ms Jean Gough, UNICEF  Country Representative, paid him a visit in Damaturu, last week.