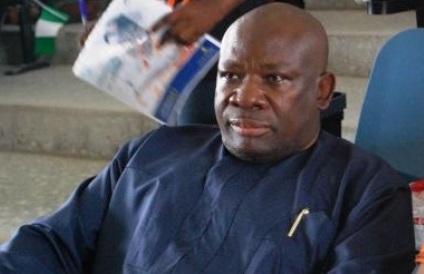 The recent premature demise of Nigeria’s highly cerebral and accomplished, Barr. Oronto Douglas to stomach cancer at the age of 48 calls for a reflection on the cancer scourge in Nigeria. Over 100,000 new cases of cancer are diagnosed every year in Nigeria and about 240 Nigerians die of cancer every day. This implies that on the same day that Oronto Douglas died, 240 other Nigerians also died of cancer, unsung but not unloved. This number excludes so many others who die of cancer in rural areas without ever being diagnosed due to poor diagnostic facilities. More’s the pity that most of these deaths are preventable, given early detection.

Stomach cancer is cancer that occurs in the stomach. To the layman, the word stomach refers to the area of the body between the chest and the pelvic area. However, the medical term for this area is the abdomen. The stomach is a hollow, muscular sac that is connected to the oesophagus (food pipe) at its top and the first section of the small intestine (duodenum) at its bottom. It is located in the middle part of the upper abdomen, just below the ribs. Its main function is to break down solid food into semi-solid, using stomach acid. This makes it easier for the rest of the digestive system to absorb nutrients from food.

Stomach cancer tends to develop slowly over many years. Before a true cancer develops, pre-cancerous changes often occur in the inner lining (mucosa) of the stomach. These early changes rarely cause symptoms and therefore often go undetected.

Infection with Helicobacter pylori (H. pylori) is the primary identified cause of gastric cancer. Other risk factors for stomach cancer include older age; male sex; a diet high in salted, smoked, or poorly preserved foods and low in fruits and vegetables; tobacco smoking; being overweight or obese; pernicious anemia; a history of stomach surgery for non-cancerous diseases such as ulcers; some types of stomach polyps (non-cancerous growths on the lining of the stomach), and a family history of stomach cancer among others.

pylori is a bacterium that spreads through contaminated food and water and through direct mouth-to-mouth contact. In most populations, it is first acquired during childhood. Infection is more likely in poor children living in crowded conditions, and in areas with poor sanitation. H. pylori causes stomach cancer by converting substances in some foods into chemicals that cause mutations (error) in the DNA of the cells in the stomach lining. This may also explain why certain foods increase a person’s risk for stomach cancer. Long-term infection of the stomach, may lead to inflammation (called chronic atrophic gastritis) and pre-cancerous changes of the inner lining of the stomach and subsequently cancer. H pylori infection is also linked to some types of lymphoma of the stomach.

The risk of stomach cancer could therefore, be significantly reduced by adopting healthy lifestyle choices such as use of refrigeration for food storage rather than preserving foods by salting, pickling, and smoking, intake of fresh fruits and vegetables which contain antioxidants that can block substances that damage a cell’s DNA, avoiding smoking, ensuring a healthy weight and above all, early detection of infection with H. pylori, and treatment of the infection with antibiotics.

For instance, Gastric cancer used to be the leading cause of cancer deaths in the world until the 1980s when it was overtaken by lung cancer and recently, liver cancer. Similarly, until the late 1930s, stomach cancer was the leading cause of cancer death in the United States. However, there has been dramatic decline of stomach cancer in the U.S. in the past several decades due to widespread implementation of the above stated measures. We can also significantly reduce its incidence in Nigeria through widespread awareness on its preventive measures and by making screening and treatment of H. pylori infection, as well as endoscopic diagnosis of early stomach cancer, widely available. These can be achieved through the use of Mobile Cancer Centres (MCC).

Oronto Douglas was one of Nigeria’s greatest thinker-activists; he was the only Nigerian listed by the Institute of International Studies, University of California, USA as one of the world’s 20 most influential thinkers and voices. He was the first Nigerian environmental activist to be received by a serving American President, when he presented the Niger-Delta struggle at the White House to President Bill Clinton. That golden voice has now been silenced by cancer, but by his harrowing experience Oronto yet speaks, albeit posthumously, appealing to us to heed the clarion call of the CECP. If we could listen with our inner ear, we would hear Oronto pointing out that it is in our enlightened best interest for MCC to be available in Nigeria, thereby helping to prevent cancer with readily available and accessible facilities.

During the funeral of Oronto Douglas, President Goodluck Jonathan lamented that Oronto died when he was most needed. However, one act of goodness that could redeem the tragedy of Oronto’s death would be for Oronto’s friends and colleagues to honour one of their own by donating an MCC in his memory. For Oronto Douglas it is too late; but such a gesture would mean that other Nigerians would have a better chance of living cancer-free lives, and to see their children’s children.