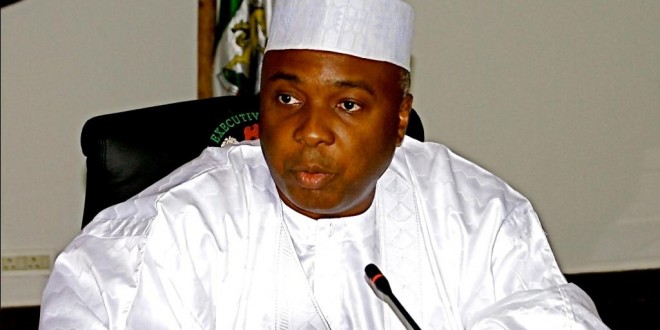 Senator Bukola Saraki of Kwara State has emerged the president of the 8th   National Assembly. He was elected unopposed. According to the News Agency of Nigeria (NAN) reports 51 senators from the APC boycotted the session.

Saraki, a medical doctor by training who has taken Hippocratic Oath to serve humanity is a former two term governor of Kwara State as well as a second term senator. He has been sworn-in by the clerk of the national assembly.