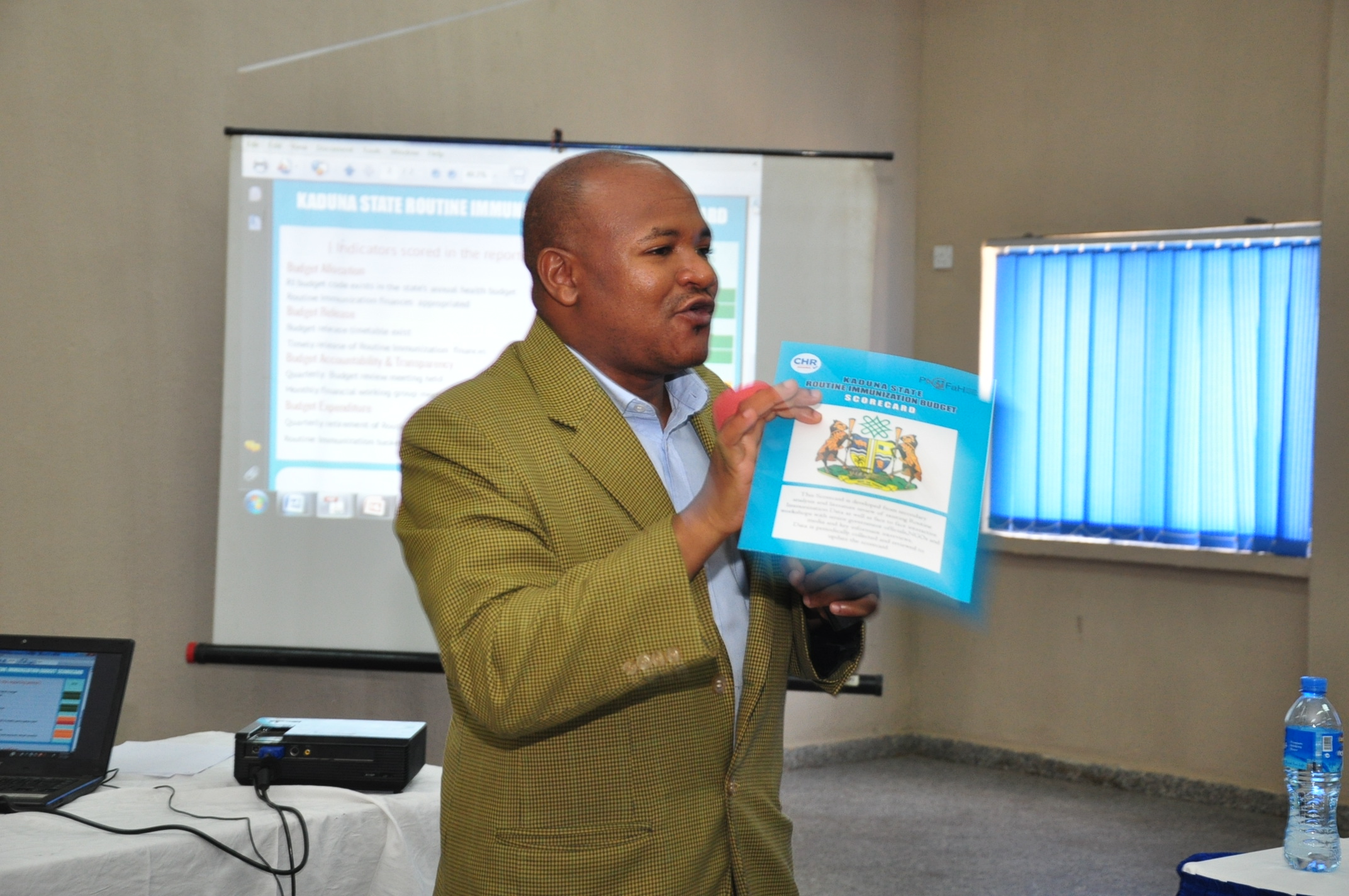 The twitter hashtag, #OpenKDSMoH, Open Kaduna State Ministry of Health, will provide an opportunity for citizens of the state to access important information about health care services in the state and also ask relevant questions regarding their health care choices, and government provisions for health.

While launching the hashtag, CHR’s Project Director, Dr. Aminu Magashi explained the key role of the social media as a tool for public to hold the government accountable on its health promises to the citizens.

He called on all stakeholders, the media and the general public to make very good use of the platform to demand for their health right and sustainable Immunization Financing in the state.

Magashi highlighted the need for a strengthened accountability mechanism in the state for Routine Immunization and other health care services as cardinal role of the government.

He said: “We as advocates for adequate funding for Routine Immunization programs and the entire child and family health issues in Nigeria will not stop until our top government officials see the need to own and strengthen accountability and transparency in funds are budgeted, released, disbursed and spent, especially in health sector.”

The hashtag was launched during a stakeholder’s dissemination meeting organized by CHR with support from Partnership for Advocacy in Child and Family Health (PACFaH) in Kaduna, on Routine Immunization Budget Scorecard, which had in attendance members of KADMAM, a coalition of NGOs/CSOs, media and government officials.

The meeting final resolution as contained in its communiqué assured the public of a renewed commitment by the CSOs/Media to strengthen its advocacy strategy to drive its demands for sustainable immunization financing and accountability in the state.