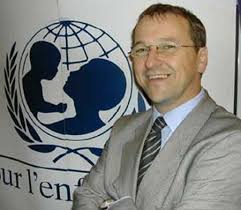 The Government of Sudan, the United Nations Children’s Fund (UNICEF) has collaborated with other development partners to launch a nationwide polio campaign.

Health Reporters gathered that the campaign is targeting four million children under the age of five, in 123 localities in 15 high risk states across the country including Darfur.

According to press statement released in Khartoum, UNICEF said it is concerned that hundreds of thousands would be left out, because of the insecurity in South Kordufan.

UNICEF expressed its concern that some 200,000 children in the conflict affected Jebel Marra, South Kordofan (Nuba Mountains) and Blue Nile are again at risk of missing out on another lifesaving intervention, some for almost five years.

UNICEF Representative, Geert Cappelaere stressed that this has to stop it cannot continue, he further explained that against this backdrop UNICEF has facilitated the procurement of 4.8 million doses of t-OPV and is supporting the Ministry of Health with door-to-door vaccination, complemented by social mobilisation campaigns across the relevant states.

He said UNICEF welcomed the continued leadership of and investment in the health sector by the government.

Cappelaere noted that Sudan has been polio free since 2009 and on track to achieve the Global Polio Eradication Initiative (GPEI).

He, however, said the evidence of polio virus circulation in several neighbouring countries put Sudan at high risk.

“For the sake of the children, I am calling on all concerned to seek an end to the conflict and ensure unconditional humanitarian access to all conflict affected areas especially in the Jebel Marra, South
Kordufan (Nuba Mountains) and Blue Nile,” he appealed.