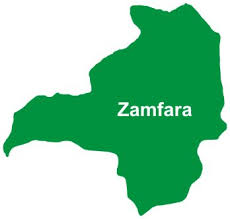 The Zamfara state Ministry of Local Government and Chieftaincy Affairs has organized a free surgery to over 3,000 patients across the state.

The Commissioner for local government, Alhaji Muttaka Rini, told newsmen in Gusau that the surgery was funded by the ministry in collaboration with a Non-Governmental Organization, Hannun Taimako Foundation.

He said that the ministry spent about N87million on the programme with part of it contributed by the local government areas in the state.

The NGO, was established by the wife of the state governor, Hajiya Asma’u Yari to provide free health services to women, orphans and less-privileged in the state.

The commissioner said that 2,800 patients with Vesico Virginal Fistula (VVF), hernia and appendix that required surgery had equally been treated.

According to him, 200 patients were selected from each of the 14 local government councils in the state.

“After the patients that were initially selected, we had some additional patients in some local governments which brought the figure about 3,000. The programme is part of the state government’s commitments to improve healthcare delivery to its people” he said.

He said that a medical team from Annur Medical Centre in Jakarta, Indonesia, and other specialists facilitated by the NGO carried out the surgeries in each of the headquarters of the local government
areas.