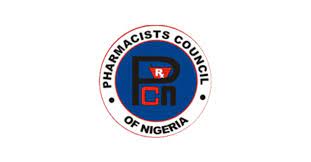 The Pharmacy Council of Nigeria (PCN), has disclosed that since the creation of the Council in 2018, it has visited a today of 27,262 facilities on enforcement activities.

Registrar of PCN, Pharmacist Ahmed Babashehu stated this during the unveiling of the new PCN Act in Abuja, weekend.

“Out of this, we have close down a total of 19059. From among these 1780 were premises who were operating illegally as pharmaceutical premises while 16502 are patent medicine shops.

“Over this period, a total of 110 were arrested and at various stages of prosecution. Within this last quarter, we have been to Oyo, Ogun and currently the team are in Kogi state.”

Earlier, while unveiling the new Act, the Chairman, Pharmacy Council of Nigeria (PCN), Prof. Prof Ahmed Tijjani Mora, disclosed that due to the importance of drugs, the PCN  has zero tolerance when it comes to drugs quality in the market.

Prof. Mora said that his organization is always on the alert to ensure that pharmacists in the country operate at the highest ethical standard acceptable globally.

He noted that the new Act has increased its fines for deviants to serve a deterrent for people not to fall short of the minimum standard expected from them.

“We are dealing with drugs and this is because the issue is about life and death and a manufacturer of the wrong medication can kill hundreds of people at once,” Prof. Mora said.

Some of the provisions of the new PCN Act indicated that the experience requirement for position of the Chairman of the Council have been extended to not less than 25 years post registration from 15 years.

Other sections of the new Act showed that the tenure of the Chairman and Governing Council membership have been extended from 3 to 4 years; power of the Registrar to suspend, revoke, withdraw or cancel licences which was none existent in the Pharmacists Council act.

Other major changes in the new PCN Act include the expansion of the powers and functions of the Council to inspect, approve, licence and regulate the registration and practice of pharmacy S.4 and power given to the Council to regulate Pharmacists, Pharmacy technicians, patent medicine vendors.

Another prominent provision of the new Act stipulates that a person or corporate body shall not own or operate a private pharmacy in a public health facility and fines for offences have been jacked up from N250,000 to N2,000,000.

One Psychiatrist attends to 900,000 patients in Nigeria...