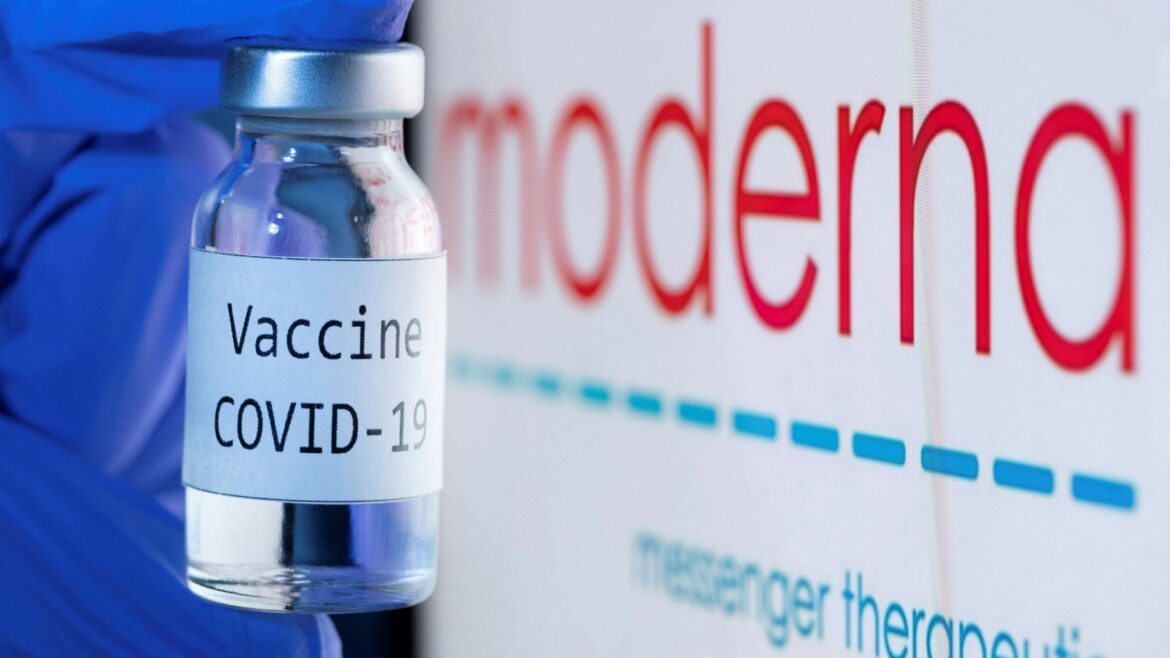 The company said it will submit its authorisation to the U.S. Food and Drug Administration, European Medicines Agency and other global regulators in the coming weeks for a two-dose, 25 microgram-each shot. That’s 25 per cent of the first two doses received by adults.

Chief Executive Officer of Moderna, Stéphane Bancel, in a statement on its website said the company believe the latest results from the KidCOVE study are good news for parents of children under six years of age.

He said: “We now have clinical data on the performance of our vaccine from infants six months of age through older adults.

“Given the need for a vaccine against COVID-19 in infants and young children, we are working with the U.S. FDA and regulators globally to submit these data as soon as possible.

“Additionally, after consultation with the U.S. FDA, we have initiated a submission for emergency use authorisation of our COVID-19 vaccine in children ages 6 to 11 years old, and are updating our submission to the FDA for emergency use authorization of mRNA-1273 in adolescents between the ages of 12 to 17 years with additional follow-up data. We remain committed to helping to end the COVID-19 pandemic with a vaccine for children of all ages.”

If authorised, Moderna’s shot will be the first available to children under the age of five in the U.S. and will add a second option for those between the ages of five to 12.

Moderna enrolled about 6,900 tots in a study of the 25-microgram doses. Early data showed after two shots, they developed virus-fighting antibody levels just as strong as young adults getting regular-strength shots, the company said in a press release.

Moderna said the small doses were safe, and that the main side effects were mild fevers like those associated with other commonly used paediatric vaccines.

COVID-19 vaccines in general don’t prevent infection with the omicron mutant as well as they fended off earlier variants, but they do still offer strong protection against severe illness.

Moderna reported the same trend in the trial of children under six, conducted during the omicron surge. While there were no severe illnesses, the vaccine proved just less than 44 per cent effective at preventing any infection in babies up to age two, and nearly 38 per cent effective in preschoolers.

Moderna said that it is updating its FDA application for teen shots and requesting a green light for six to 11-year-olds, too.

Recall that in October, 2021, Moderna announced that its COVID-19 vaccine was safe and produced a strong immune response in children aged 6-11, adding it would submit trial data to global regulators soon.

The news came as a panel of government advisors were preparing to meet on the question of whether to authorise the Pfizer vaccine in kids aged 5-11, with top infectious disease expert, Anthony Fauci, predicting it would be available by mid-November.

“We are encouraged by the immunogenicity and safety profile of mRNA-1273 in children aged 6 to under 12 years and are pleased that the study met its primary immunogenicity endpoints,” Bancel said in a statement.

An interim analysis from a mid-to-late-stage clinical trial of 4,753 children showed that two doses of vaccine produced a high level of neutralizing antibodies – Y-shaped proteins that bind to the coronavirus and block it from entering human cells.

The vaccine was dosed at 50 micrograms, which is half of what is used among adults, but still produced on average 1.5 times as many antibodies in children as it did in young adults given the higher dose.

The majority of adverse events were mild or moderate, including fatigue, headache, fever, and injection site pain.