Chief Executive Officer of the NCDC, Dr Chikwe Ihekweazu, made this known in a statement issued on Thursday in Abuja. Ihekweazu said the project was a World Bank credit–financed that would focus on strengthening the disease preparedness and response architecture in member countries, including Nigeria. 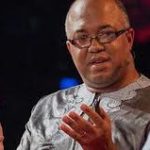 He said the country’s REDISSE project would be jointly inaugurated by the Minister of Health, Prof. Isaac Adewole, and Minister of Agriculture and Rural Development, Chief Audu Ogbeh, on April 27. He added that the National Steering and Technical Committees, which include members from government agencies, academia and civil society, would also be inaugurated.

“This will support the development of a robust public health emergency preparedness and response system, a main priority for NCDC. The World Bank credit facility also aims at minimising the economic consequences of disease outbreaks,’’ he said.

He however noted that ECOWAS experienced outbreaks of other diseases such as Cerebrospinal Meningitis, Lassa fever, Yellow fever, Cholera and Monkey pox since the Ebola outbreak in 2014. Ihekweazu said the World Bank set up REDISSE project to cover all countries in the ECOWAS sub-region in response to the gaps identified during the 2014‒2015 West Africa Ebola crisis.