The Senate has assured Nigerians that the National Drug Control Bill and National Mental Health Bill will be prioritised and passed into law before 2019.

Special Assistant on Health Matters to the President of the Senate, Mr Tony Isama, gave the assurance in an interview with newsmen in Abuja on Thursday. The Senate had in 2017 developed and initiated two draft bills for legislation to tackle the menace of drug abuse in the country, especially among youths.

The proposed bills are National Drug Control Bill and National Mental Health Bill. Isama said that the Senate had held meetings and interactive sessions with stakeholders from religious, ethnic and professional bodies to gather information and be properly guided. He said it had also listened to the experiences and advice of these individuals which would help in deciding the content of the bill. 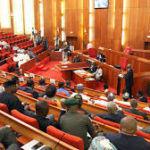 Isama said that the Senate would ensure that the bills, when passed, would be effective in curbing drug abuse and address challenges faced by those with mental disorder. The special assistant said the Senate was working assiduously to ensure the bills were passed and made into law before the 8th Senate was dissolved in 2019. “In making laws, one needs information from all stakeholders. We have gathered the information we need, so we are now looking at what law needs to be put in place to curtail the abuse of drugs and substances.

“Once the bill is constructed and it is taken up by the National Assembly, a public hearing will be held so that people can get a chance to look over what is being proposed.“The President of the Senate, has pledged his commitment to ensure that the bill is passed as soon as possible. All efforts are now geared towards making progress to have an effective law before 2019,” he said.

The special assistant said Saraki’s decision to support the passage of the bills was against the backdrop that the lunacy law of the country was out-dated.Isama said that the law was dated 1954, an amendment of the 1914 laws of the colonial masters drawn from the British Lunacy law which was not effective for present day Nigeria.

He expressed optimism that the law when reviewed and amended would help galvanise and scale up activities against drug abuse in the country.He said against general public believe, no drug would be banned as all drugs were useful for medical purposes, but strict measures would be put in place to control access.

According to him, purchase of cough syrup, pain killers and other drugs that can be abused will strictly be based on prescription. The special assistant criticised the level at which drugs and substances were abused in the country; a trend found not only in communities but every strata and gender in the society.

He said the Senate frowned at this menace which was affecting the health and productivity level of a large number of youths, leading it to take proactive measures in order to curb it.

News reports that the National Drug Control Bill seeks to clarify the mandate and strengthen the capacity of National Drug Law Enforcement Agency (NDLEA). It is also to strengthen the National Agency for Food and Drug Administration Control (NAFDAC) and other relevant law enforcement and regulatory bodies to eradicate the illicit production and trafficking of controlled substances.

The draft law makes provision for quality mental health and substance abuse services available for women and adolescents who are an underserved segment of the population. Also, the draft law recognises the low number of mental health practitioners in the country with the ratio of practitioners at one psychiatrist to 1.6 million people.