UNAIDS to continue support to HIV outbreak in Pakistan

The UNAIDS is continuing its support to Pakistan in responding to the outbreak of HIV in Larkana, during which more than 800 people have been newly diagnosed with the virus.

At a press conference on June 14, the authorities presented the findings of a preliminary investigation into the outbreak. 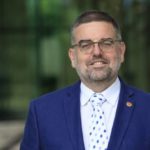 It concluded that poor infection control practices, including a lack of sterilization and the re-use of syringes and intravenous drips, are the most significant factors behind the rise in new infections.

“There is a huge amount of work that needs to be done to improve infection control and support the affected children and their families,” said UNAIDS regional director, Eamonn Murphy, during the press conference held in Karachi, Pakistan.

“UNAIDS will continue to facilitate and coordinate within the United Nations system and with other partners to ensure that the required support is provided effectively and efficiently,” added Mr Murphy.

As well as improving infection control procedures, the preliminary investigation found that strengthening community education is critical to raise awareness about HIV prevention and to tackle stigma and discrimination.

The conclusions of a rapid assessment on HIV-related knowledge presented at the press conference found that information about HIV is very limited among the affected communities.

Many parents and caregivers learnt about HIV only on the day their children were diagnosed or because of media reports about the increase in cases. A lack of accurate information created panic and some families with children diagnosed with HIV have been shunned and isolated.

In response, UNAIDS in partnership with UNICEF, UNFPA, the World Health Organization and the JSI Research and Training Institute have been supporting national partners to develop a community response plan to promote health education and reduce stigma and discrimination.

The Sindh AIDS Control Programme, together with UNAIDS and UNICEF, has started to train health workers on paediatric case management and health education sessions are being organized with the involvement of community led organizations and religious leaders.

Training sessions for local media on responsible HIV reporting are also being carried out.

UNAIDS has been working closely with the federal and provincial governments to provide on-site technical support to help respond to the crisis and mitigate its impact.

Sindh’s Ministry of Health has increased its efforts to prevent unlicensed and informal medical practices from operating and, as a result, 900 health clinics and unlicensed blood banks have been closed.

The preliminary investigation was led by the World Health Organization, in partnership with organizations including the Sindh AIDS Control Programme, Aga Khan University, the Field Epidemiology and Laboratory Training Programme, the Dow Medical University in Karachi, the Microbiology Society of Infectious Disease and UN agencies, including UNAIDS, UNICEF and UNFPA.

With 20 000 new HIV infections in 2017, Pakistan has the second fastest growing AIDS epidemic in the Asia Pacific region, with the virus disproportionately affecting the most vulnerable and marginalized, especially key populations. UNAIDS continues to work with the government and partners in Pakistan to strengthen the response in the country.