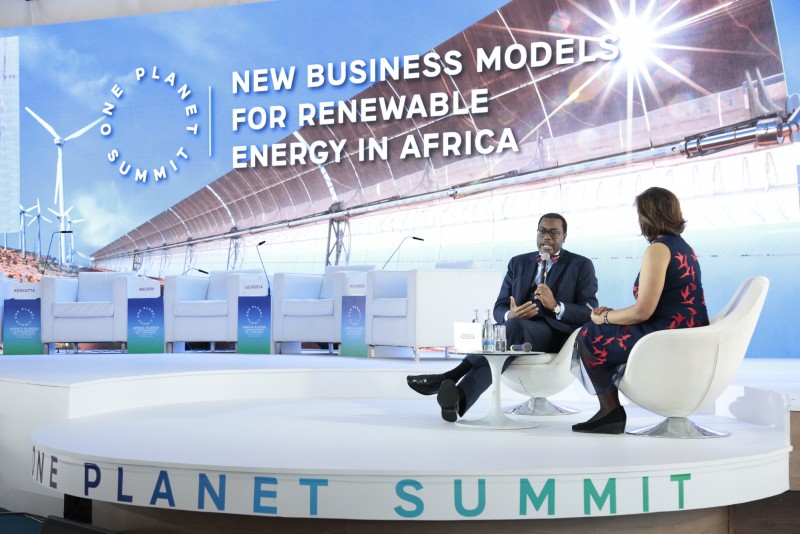 The African Development Bank (AfDB) says it will within the next five years double the climate change finance of Africa to 25 billion dollars.

Dr Kevin Kariuki, AfDB Vice-President for Power, Energy, Climate and Green Growth, said this at a virtual news conference on Wednesday in preparation for the bank’s 2022 annual meetings to be held in Accra, Ghana.

Kariuki said the bank would invest the finance to support African countries to become resilient both in adaptation and mitigation between 2020 and 2025.

He disclosed that the AfDB had in the last five years spent 13 billion dollars in the same effort toward adaptation and mitigation of climate change in the continent.

Kariuki also said the bank with the Global Centre on Adaptation had committed to mobilise a further 25 billion dollars to address adaptation in Africa.

“Cognisance of the fact that Africa’s greatest interest is on adaptation, we dedicate at least 50 per cent of our climate finance budget to adaptation and last year we dedicated 67 per cent.

“This means that we are in total resonance of what people of Africa are complaining about.

“The key thing is to help these countries adapt to the impact of climate change so I think the commitment for us to double our climate change finance to 25 billion dollars is important,” he said.

According to him, Nigeria is one of the few countries that has evolved its Nationally Determined Contributions (NDC) into a long-term vision, which is a foundational document for developing a long-term strategy.

“The long-term strategy is what is translated to the transition plan and we are keen to supporting all African countries in developing their transition plan by translating those plans into viable pipeline of projects.

“We can’t be able to quantify the amount because we do not have a clear view of the projects that will emanate from the strategy,” he said.

Professor Vincent Nmehielle, the Secretary-General of the AfDB Group, said the theme of the meeting Achieving Climate Resilience and a Just Energy Transition for Africa,” was highlighting critical areas of importance to any country’s development.

Nmehielle said the meeting would avail the opportunity for stakeholders to know what the Bank was doing and what governments of countries had done in various areas of intervention.

The annual meeting is the AfDB Group’s most important event, attracting no fewer than 3,000 delegates and attendees yearly.

It is scheduled to take place between May 23 and 27 in Accra, Ghana, would help the bank to take stock of progress with its shareholders.