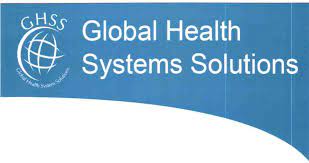 The Global Health Systems Solutions (GHSS) says coordination and collaboration have enabled many African nations to use available resources during the COVID-19 pandemic and other outbreaks.

GHSS is one of the implementers of the RISLNET project.

The project addresses the critical need for comprehensive and quality laboratory and surveillance systems and networks within the continent.

RISLNET is a network of networks that harnesses existing public health assets in each of the five African Union regions to strengthen national and regional laboratory and Surveillance systems.

It does this with the aim of improving quality standards and promoting networks for integration whilst leveraging the existing assets within the various sub-regions.

Njukeng said meaningful coordination had come from across the region during the heat of the pandemic.

He said Africa could build on the gains it had made in surveillance and public-health responsiveness to outbreaks in the future.

“If we sufficiently invest in commodities to ensure our health security, we will position the region well to detect and prevent outbreaks,” he said.

He highlighted the role of private sector laboratories in supporting public health work in Africa.

“The private sector is well equipped to extend the reach and capacity of the public health role that Africa CDC is serving in the community,” he said.

They said the focus of the workshop would include; the official launch of the framework for the governance of RISLNET in the West Africa region.

“It will agree upon the RISLNET structure for the West Africa Regional Collaborating Centre (RCC) and define its functions and operation.

“Introduce Global Health Systems Solutions and Institut Pasteur Dakar as the partners who will work closely with Africa CDC, WAHO, and the regional member states for RISLNET implementation in the region,” they said.

They stressed that the workshop would also discuss and agree on the development draft policy and frame work document for RISLNET.

NAN reports that the Central Africa RISLNET Project is a grant GHSS obtained from Africa CDC through the African Union Commission, to develop laboratory networks for disease surveillance.

Two years down the lane, the organisation had developed eight frame works and guideline documents.

It also created a website for RISLNET Central Africa and launched an ECHO platform for laboratory and disease surveillance to supervise seven labs enrolled for accreditation and facilitate information/experience sharing among the countries.