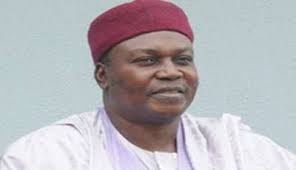 By Adi Angyu
Governor Darius Dickson Ishaku of Taraba state has allocated 12.8 per cent of the 2016 state proposed total budget of N68.8 billion to the health sector.
Presenting the budget tagged ‘Multi year Rescue budget’ before the State House of Assembly, governor Ishaku said people of the state need to make sacrifices to meet the budget target.
Even though the proposed budget of 12.8 per cent did not attained the 15 per cent Abuja Declaration, it is par above the Federal Government which allocated only 3.65 per cent of the national budget to the health sector.
The governor stressed that his administration will harness the potential and endowment in the state, as well as pay attention to health, education, water and sanitation, by using leverages from development partners and engaging Public private partnership (PPP) options to enhance the pursuit.
Governor Ishaku called on people of the state on the need to work together in order to surmount the numerous challenges
Post Views: 733
0 comment
0
FacebookTwitterEmail