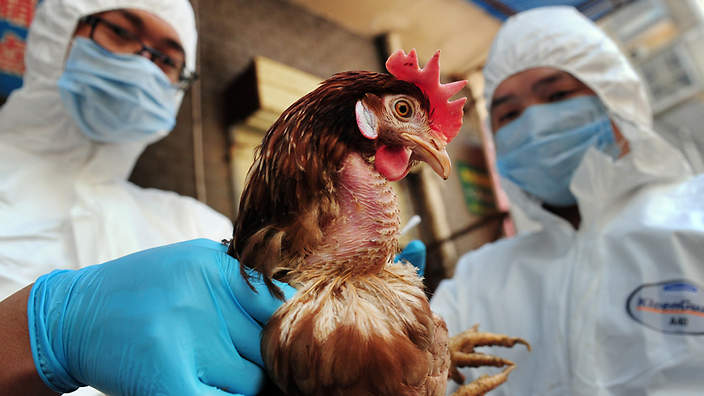 The Supervising Minister of Health, Dr Khaliru Alhassan, on Monday advised Nigerians not to panic over the outbreak of Avian Influenza, saying the situation was under control. Alhassan told a news conference in Abuja that poultry meat and other poultry products were safe for consumption if thoroughly cooked. He also enjoined the public to maintain good hygiene and ensure regular hand wash to prevent infectious diseases.

“The public should avoid eating sick or dead birds as well as avoid unnecessary exposure to poultry facilities.

“The public should also report severe symptoms of respiratory illness to the nearest health facility, especially where there is a history of contact with sick poultry,” he said.

Alhassan said pandemic response plan had been concluded and activated over the influenza, adding that copies of the plan would be made available to all strategic partners, soon.

He also said that special public enlightenment messages had been prepared and would soon be released to the public.

He said that during the outbreak, the Federal Government established a multi-sectoral response plan involving key government agencies and development partners.

“The federal government confirmed the outbreak of Avian influenza in two commercial poultry farms and a live bird market in Kano and Lagos states, respectively.

“Since then, further outbreaks have been confirmed in 16 other states by the Federal Ministry of Agriculture as at Feb. 2.

“You will recall that prior to this outbreak, the last case of Avian influenza in poultry was confirmed in August 2008 during the last outbreak which commenced in January 2006,’’ he said.

Alhassan said all state Ministries of Health had been alerted on the outbreak and advised to reactivate their Avian Influenza Control mechanisms that were established during the last outbreak. He said closer collaboration between the Federal Ministries of Health, Agriculture and Rural Development, had been established on the influenza, adding that diseases surveillance system had been placed on high alert.