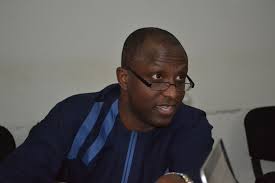 The Federal Government through the Federal Ministry of Health, has declared a nutritional emergency in Borno state to meet the welfare needs of the Internally Displaced Persons (IDPs) camps in the Northeast.

Health Reporters gathered that the move is to mobilise a rapid response team to coordinate efforts to ameliorate the worsening situation in the camps.

A statement issued by the Senior Special Assistant on Media and Publicity to Vice President, Professor Yemi Osinbajo, Laolu Akande, said the Presidency has sent a delegation to assess situation in IDP camps in Bama Local Government Area of the state.

“The delegation, which included senior officials of the Borno State Government, officials of the National Emergency Management Agency, the State Emergency Management Agency, and representatives from the United Nations, was taken round the camp by the Brigade Commander of the 21 Armoured Brigade, Bama, Colonel Adamu Garba Laka, which is home to 25,000 adults and children,” the statement said.

The commander highlighted the challenges faced by the camp, which included shortages of medical personnel; shelter, water and sanitation facilities.

She commended the military for their gallantry and dedication to securing and caring for the displaced persons, adding that she was on the ground to see things for herself.

Mrs. Maryam assured that the federal government would work with the state government, international community, local partners and civil society groups to ensure that all the needs of the inhabitants of Bama camp, and the several others like it, are speedily met.