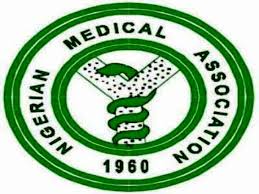 The Nigerian Medical Association (NMA) has cautioned states that are yet to record Lassa fever to maintain good general hygiene to prevent outbreak of the disease.

President of the NMA, Dr. Kayode Obembe who stated this in a statement made available to newsmen said Lassa fever is not an exclusive of any state as all states are prone to the virus.

The statement reads: “Apart from the ten states in which the current epidemics are recorded, other states should know that no state should relax because of the random population mixing pattern in the country. In fact, all the states have the potential to be at risk of being affected if we neglect to observe basic personal and communal hygienic practices at the individual, family and community levels.”

The NMA president urged people to ensure their houses are free from rats, added that all foods and drinks should be properly covered encouraged people to report all cases of fevers to hospitals and other health facility early to enable medical personnel
detect the disease early.

However, in Plateau state the epidemic has claimed two more lives at the Jos University Teaching Hospital (JUTH).

According to a statement from the State Ministry of Health, the state Commissioner for Health, Mr Kuden Dayin, told the news men in Jos that the victims died while receiving treatment in JUTH on Saturday