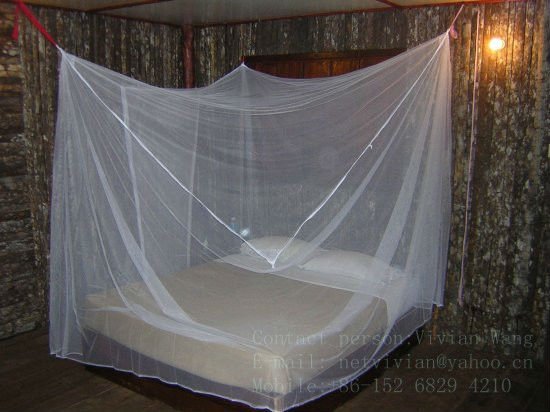 The National Malaria Elimination Programme said it has distributed some 34.2 million nets in 13 states in efforts to replace mosquito nets that have worn out or lost effectiveness against the malaria-causing insects, but laments the low use of the nets by many households who are ‘reluctant’ about sleeping under nets. Long-lasting insecticides used to treat the nets wear off in about three years, prompting replacement.

Data is only available for 13 out of 17 states covered in the campaign. Figures from Abia, which completed its campaign last month, and the states of Kaduna, Kano and Plateau, where distribution is still ongoing, are not available, said Dr Joel Amilah, head of integrated vector management at NMEP. But some 688,503 nets missing in the campaign were recorded as “losses” in a progress report whose data NMEP analysts are still finalising. At least 676,000 of the losses recorded were in Rivers state alone.

The replacement campaign hopes to distribute a total 47 million nets and says 97% of households that have got them since it started in September 2013 in Sokoto and Ogun in February last year have kept them. Further data to be released by year end is expected to show exactly what proportion of households with nets actually use them amidst NMEP’s concern that utilisation is still low.

“That is our frustration and indeed our challenge,” said Nnenna Ezeigwe, NMEP national coordinator, at a media chat in Abuja on Wednesday on the status of long-lasting insecticides treated nets. “We push out all these nets and yet the numbers of people using it are not encouraging. Usage is still suboptimal.”

“When more people use the nets, then we can get the optimal benefits. If over 80% of the population use the nets, it is even possible to interrupt transmission,” Ezeigwe added.

“People saying malaria cannot be eliminated say it because they think mosquitoes cannot be eliminated, but you can still have mosquitoes and have a malaria-free nation. Once we are able to interrupt the transmission, then we have won the war. We have to get people to use the nets, otherwise we are just wasting time.”