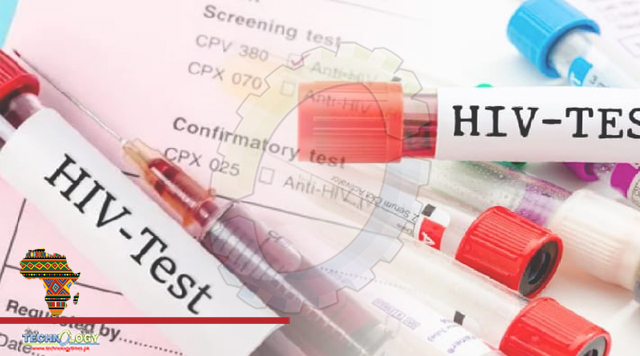 There is no doubt, since the past 40 years, the fight against HIV in Nigeria has been intense.

Even though, at the early stage, many lives were lost due, partly to ignorance, however, the good news is the with the current efforts and strategies put in place by the National Agency for the Control of AIDS (NACA) with the support of partners including Global Fund, PEPFAR and many others, HIV will no more be regarded as an epidemic in Nigeria.

As a result of intensive work and support from partners in the HIV response over the years, “we are no longer seeing new infections, we are no longer seeing Mother to Child Transmission (MTCT), and the people that have HIV in them now, are living healthy and are having good life, and at the same time, the virus is not leaving them to affect other persons,” says NACA Director General, Dr Gambo Aliyu.

It is worth noting that since the inception of the HIV response, most of the funding was provided by partners with the government providing the enabling environment and some little support.

However, as years roll by, the federal government, in an effort to take full ownership of the HIV response decided to invest resources in both the treatment and detection efforts.

It would be recalled that the Nigeria’s priorities in the HIV response include to achieve epidemic control; reduce transmission from mother to child; ensure quality of care and strengthen data management.

In order to effectively address the priorities, NACA facilitated the re-alignment of the country’s HIV response in collaboration with FMoH/NASCP and donor partners.

This, however, led to the introduction of the Alignment 1.0 with the aim of creating one national progrramme.

“We then said okay, bring everyone under one roof and let us assign responsibility to each other, in such a way that duplication would be eliminated. Once you eliminate that duplication, it gives you more resources that can be reallocated.”

In implementing the Alignment 1.0 which started three years ago, four key areas were considered.

“However, the treatment package should be standardized in such a way that the treatment a patient receives from PEPFAR state, if they go to Global Fund state to receive treatment, it is the same treatment. Nothing changes in terms of the package standard of care. Everything is the same,” explained the NACA Director General.

The third area, he further explained, “is we should have a unified supply chain system. Instead of government of Nigeria bringing commodity and moving them out to various locations, as well as Global Fund and PEPFAR doing it at the same time, why don’t we pull all the resources together in one place, and then now we move them together to various locations at the same time.

“The fourth one is that, we want to see more government investment. We cannot talk of sustainability without government driving the entire team, whether it is at the center or at the state.

“And government cannot drive without making investment. The agreements was that the Government of Nigeria should support the treatment of at least one hundred thousand people for the next three years.”

“These local resources must not only come from government; it can come from private sector. And that was the reason for launching HIV Trust Fund of Nigeria in February this year.

“It is structured to bring more resources that are local into the equation, as government of Nigeria at the centre brings in more.

“Under Alignment 2.0, we would want to see more of these investments from the Federal Government, private sector, as well as from the states.

“And under Alignment 2.0, we want to give the states more responsibility, put them in the driver’s seat, instead of having implementing partners implementing programs at the state, using state structures, we now want each state to use its own structures to implement the program, which we believe it is doable.”

Despite the good intentions of introducing the Alignment 1.0, it has its faults and limitations.

According to the National Coordinator, Network of People Living With HIV/AIDS in Nigeria (NEPWHAN), Abdulkadir Ibrahim, the Alignment 1.0 was literally to harmonise the HIV response in the country, both from the Global Fund and PEPFAR by putting Nigeria government at the driver’s seat and it has really been significant

He, however, said that there are a lot of issue with the Alignment 1.0 because, according to him, most of the community component, community intervention that is more targeted at empowering of NEPHWAN or organisations of people living with HIV and other vulnerable groups have not really been prioritized.

On the expectations, Ibrahim said: “So what we want to see now in the alignment 2.0 is to ensure that priorities are given to other interventions such as sensitization, rights protection, fight against stigma.

“And also sensitizing people more about their HIV status and people are taking their medications as when appropriate and also to ensure that community programmes like NEPHWAN and our subordinates are really empowered and adequately supported in terms of funding and systems strengthening so that we can be able to have a strong organisation that we can be able to do other interventions without any problems.”

He continued that: “Even though the resources have been there in alignment 1.0, it has not really gone down to the communities and if you read through the activities and then the second one is prevention of mother to child.

“It is a serious issue we are still lagging behind; our indicator survey is still showing we are less than 45 percent which shows that a lot of positive pregnant women are not on treatment.

“Many of them don’t even know they have HIV so we want to see real change and a lot of mapping has been done.

“Allow our PMTCT programme to continue the way is going because most of these international partners have reduced their funding in terms of community intervention and only focus on tertiary institution or specialist hospitals.”

‘Lassa fever vaccine could be available by 2030’