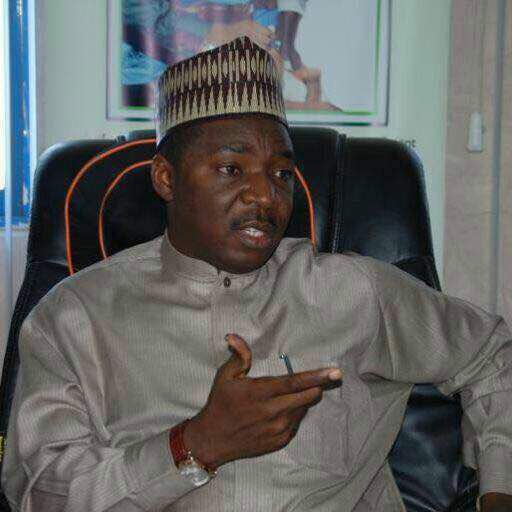 Dr Ado Jimada Muhammad is the immediate past Executive Director of the National Primary Health Care Development Agency (NPHCDA). He took over from Dr Muhammad Ali Pate and served from 2011 – 2017. He handed over to Dr Faisal Shuaib in 2017.

Dr Ado is currently the Global Programme Director at the D-8 Health and Social Protection Programme.

In this interview, he explained the strategies used to interrupt polio transmission in the country and how the strategies have been replicated in many countries of the world to fight epidemics. He also explained how the polio infrastructure can be used to fight against COVID-19. Excerpt:

You were able to interrupt Wild Polio Virus (WPV) in 2014, before it resurfaces again after you left office, how did you go about it?

First, let me congratulate Nigerians and the children of Nigeria for the milestone and achievement that has been recorded with the certification of Nigeria as polio-free.

As you are aware, the polio eradication in Nigeria started over 30 years ago. A lot of people and stakeholders played their roles and made contributions.

But what we did really in 2014, the year we interrupted transmission, it was the consolidation of the efforts of the past Chief Executives of the NPHCDA.

When we came in 2011, we had about 121 cases of Wild Polio Virus (WPV) in Nigeria. That is, 121 children got paralysed and consolidating on the efforts of past chief executives and bringing in some new initiatives between 2011 and 2014, we were able to bring the number down to zero.

First, I want to say that we consolidated on the relationship and partnership that the agency had with the northern traditional leaders in the country which is led by His Eminence, the Sultan of Sokoto, Alhaji Muhammad Sa’ad Abubakar III. We worked together with them to consolidate on the gains that they made in terms of reaching out to the rural populace making sure that every child is immunized.

Secondly, we also brought in a lot of new initiatives, for example, the establishment of the Emergency Operation Centre (EOC). This is because we felt that the programme should be driven by data and accountability and sanction should be applied for negligence and for people that did not do what really they are supposed to do.

We installed an accountability framework within the polio eradication programme in which there is reward for good work and performance and there is also sanctions for none performance.

The EOC provided data driven support to the polio eradication programme in Nigeria. It is also provided strategic coordination in terms of operational and tactical running of the programme so that everything that was been done in the programme was driven by data. We planned based on real situation on ground and we also run and monitor the programme based on what was happening in every locality in the country.

We have 774 local government areas with about 10,000 political wards in the country and in each of these almost 10,000 political wards; we have focal points that support us in terms of running the community phase of the programme. This is because polio eradication is combination of both technical and community support. We combined the two. Therefore, the EOC provided coordination for the overall management of the programme in Nigeria and we used that to bring the cases to zero.

You may wish to know that the same Emergency Operation Centre which we established in early 2013 was what we used to tackle the Ebola Virus Disease (EVD) response. This is because we used the polio infrastructure through the EOC to respond to Ebola.

We also used the same concept for Lassar fever. We have also been using it for the fight against COVID-19. So the EOC we established in 2013 because of its high level of success has now become a model for disease outbreak and epidemic response all over Africa not only in Nigeria. All over Africa, everybody is now using EOC. That was what we did.

I think what also helped us to break the transmission was that we were able to earn the trust of Nigerians because accepting vaccination has to do with when you are trusted. So, Nigerians trusted us, we convinced them that we mean well and that we are all partners in this business of making our children healthy, we also convinced them that we are also parents and we went to all villages.

I remembered we had a Task Force under the chairmanship of Dr Ali Pate. We were moving from one local government to the other in northern Nigeria. This is because the main epicenter of polio in the country was northern Nigeria.

My leadership of the NPHCDA provided me with additional insight into the geography of Nigeria. This is because, with all sense of humility, I am one of the most widely traveled Chief Executive Officer of the NPHCDA in terms of village to village. This is because primary healthcare is not what you do in the office.

We were able to mobilise a platform which is known as Nigeria Polio Survivors Association. Everywhere we go, we carry their leaders along. This was a clear demonstration of the manifestation of what polio can do. People got convinced.

What we did was that, also using the EOC, we conceived some initiatives. We called the first initiative Round Fencing. We round fenced an area and any child that is coming out, because when insurgents are in control of a local government area, people still move in and out. Any child that is coming out of such area, we immediately immunize the child. Also, any child below 5 years that is entering the area, we immediately immunizes him or her. That was what we did.

We also introduced what we called hit and run in which we moved into an area held by insurgents with large vaccinators and immunize the children within one hour and move out immediately. Before the insurgents get to know that polio workers are in the area, we have moved out. Most of the times we were successful, except for one or two incidents where some of our vaccinators were caught and killed.

Another strategy we also used was what we called ‘The Market Day’ strategy. In which in market days, we go in and immunize all the children that are less than five years. We also had ‘transit point’ vaccination where we go to motor parks and immunize children as they travel out or come into an area. It is a combination of strategies that we used to get polio out of the country.

Luckily for us, by 2014, we were able to bring the cases down from 121 in 2011 to zero. This is unprecedented. It has never happened in the history of polio eradication programme in Nigeria.

I am delighted that I led the team that, for the first time, in the  30 years  history of the programme, we brought polio to zero.

I remembered in 2015, I joined Mr President to New York where at the United Nations General Assembly, Nigeria was commended and were given a certificate of being a polio-non endemic country.

What was expected was that after two years of being a polio non endemic country and there is no outbreak, then you get the certification.

Unfortunately, I think about nine months before we attain that two years after I left the agency, we recorded an outbreak in Maiduguri.

Nigerians will want to know the missing link between the time you left the agency and the outbreak that was recorded in Maiduguri. What do you think went wrong?

I really cannot say because by that time I have left the agency. Likely, as I said earlier, we used the Emergency Operation Centre to provide strategic coordination for the programme which is a data driven programme, it is possible that in the course of that time, there could be one or two issues that had happened at the EOC.

By and large, maybe it is insecurity in the north east that have accounted to the outbreak. This is because we used every given opportunity to do ‘hit and run’. Any time any child is coming out from the insurgent locality, we immunize them and also use transit points. It is possible that insurgency might have escalated in those areas and having access to the children became extremely difficult. This must have been the plausible reasons that caused the outbreak.

Being an expert in this area, what shall we do as a country to prevent the resurgence of the polio virus?

I think we need to avoid being complacence because this was wha  I kept telling my team as we were making progress around 2013 and 2014.  I recall when we brought the number of cases to four, people were celebrating before we attained zero. I said no, we cannot afford to be complacence we need to keep our eyes on the ball until we get there.

We cannot afford to celebrate. We can still have an outbreak. We need to continue to immunize our children. There may not be polio plus days, there may not polio immunization days, but there will still be routine immnisation going on in which we appeal to parents to take their children to facilities to be immunize against not only polio, but all vaccine preventable diseases.

This is an opportunity; we now have COVID-19, which is the biggest disaster to humanity as far as one can remember. Disaster in terms of livelihood and health wise, while threat in terms of the economy. How can we support the ongoing effort to contain the Coronavirus. The polio infrastructure can provide that. We are talking of trust. The reason why some people in some parts of the country have not accepted that COVID-19 is real let along take the vaccine is because of trust.

Let us be honest with ourselves, if there is trust issue between citizens and the people that lead them there will be friction. The polio infrastructure has been built on trust. The partnership between the citizens and the polio programme is trust through the traditional institutions and religious leaders. So, let us use that infrastructure to bring trust into COVID-19 vaccination and interruption programme so that the ongoing community transmission will be contained.

We have a platform of traditional rulers; we also have one for religious leaders and the one for civil society organisations. All these platforms can be used to make people believe that COVID-19 is real accept the vaccine and then we can interrupt the transmission.

Instead of reinventing the wheel, we can leverage on the existing infrastructure to deliver on the COVID-19 at a very minimal cost. We have an opportunity with polio infrastructure to see how we can support national effort aimed at halting the transmission of COVID-19