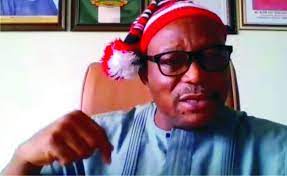 Dr Ejike Orji is a renowned medical doctor and consultant of international repute. He is currently the Civil Society Organisations (CSOs) focal point for Family Planning (FP) 2030 in Nigeria.

In this interview with Health Reporters, the renowned expert raised many challenges bedeviling access to family planning services in Nigeria.

He lamented that current Nigeria’s contraceptive prevalence rate is still at 12 per cent. He, therefore, advised Nigerian government to target achieving 30 percent by 2030. Excerpt:

Can you please explain the FP 2030 concept, what is it all about?

FP 2030 came on the heels of FP 2020. In 2012, there was a big family planning conference in London because the world had looked at how the population of the world was going and the attendant problem; one of them is high maternal mortality, high infant and under five mortality, that is on the health side.

When you have a very high youthful population, you have what we call youthful bulge. In Nigeria, 70 per cent of our population is under the age of 30, followed by when you have a high level of immigration. You see what is going on, Europe is trying to close their doors to people coming from Africa and South Asia. You can see a few years ago, almost a million people where emigrated from Syria to Germany and 14 per cent of people who cross the Mediterranean Sea going from Africa to Europe are Nigerians. So, when you see this high level of immigration, then you know there is a problem.

Finally, when nationals begin to kill nationals, you can see what is happening in the country as we speak now, there is killing everywhere. When criminals are killing, and we know that most of these people are foreigners who are coming into the country because their countries are having problems because of high population. There is movement of people all over. So, there is pressure on the crouch level. You see what is happening, the killing is too much.

Donors and development partners like Gate Foundation, UFID also brought money. That was how that London conference was held in 2012. Every country out of those 69 countries that participated also made commitments to say they are to increase their contraceptive prevalence to a particular percentage by 2020.

Nigeria pledged that we will increase our contraceptive prevalence rate to 36 per cent by 2018. Meanwhile our GPR at that time was just about 10 per cent.

So those commitments that countries made to 2020 have come and gone. So there is a new process that started early January this year and by December 2021, all countries will make fresh commitments for 2030.

I am the CSO focal point for Nigeria for FP 2030. More than 103 people participated. What is different this time around is that last time we did not include the CSOs at the local level. We also did not involve women and youth and media.

What would be the next commitment made by Nigeria?

I discovered that there is high demand for family planning commodities after my investigation to some PHCs in Nasarawa, FCT and Niger state. What do you think is the reason behind it?

Yes, if you look at the last NDHS report, it said that there is 20 per cent unmet needs. So, it means that there are 20 per cent of women who are saying that they need family planning commodity but they are not getting it.

The reason is that there has been a lot of demand generation activity by the CSOs and even government. The government has launched their communication plan and strategy and the Green Dot initiative. Wherever you see the Green Dot, you know that family planning commodities are there free. Our association, the Association for the Advancement of Family Planning, successfully advocated for federal government putting money in buying commodities and also making family planning services free in public hospitals nationally.

There are also a lot of international development partners who are doing a lot demand generation activities.  The federal government through the health promotion department is also doing demand generation. All these things have increase awareness for family planning, but the problem is that they are not getting the services.

Investigation revealed that while the demand is high, the women don’t get the commodity. As an expert, where do we go from here?

The problem we have is that even though the federal government pledge to procure the commodities, but the release of the money is not at it should be. I know that the UNFPA buys for us, do the economics of scale and get the best for us, that money was supposed to be given to UNFPA one year before now. For example, the commodities we will use next year, we supposed to have given UNFPA the money, if we don’t give the money now, then it will cause problem in the supply chain.

These are some of the things that cause the problems. There are also a lot of logistics problems. Even though the commodities might be in the ware house, it could be a problem to deliver it to the states and from the states to the hospitals that will use them. Logistic chain issues are also bedeviling the system. Also the pandemic further worsened the delivery of goods and services across the world not only in Nigeria.

Some women get to the clinic to seek the commodities only to discover that they are already pregnant and they are sent back home. Are you not afraid that some women would abort the pregnancies because they could not get services in time?

Yes, I am worried. When I was at IPAS, I introduce in a big way post partum family planning and post abortion family planning. This is because the greatest opportunity to save lives is to ensure women get the family planning services they want. Otherwise they will go and have unsafe abortion and die in the process. So, I am worried. That is why I devoted my life into this work. I am worried. The biggest unfortunate thing that can happen to us will be when women come to seek for services and they don’t get them. It can lead to severe consequences. The number one cause of infertility in Nigeria is unsafe abortion complications. At point abortion complication deaths contributed to 40 per cent of maternal deaths in Nigeria. There is a huge problem. I am worried.

What will be your advice to the government?

My advice is the government should take action to make sure that commodities are brought in and supplied to states and the states should make sure they do their own part and ensure they distribute the commodities and supplies to the facilities where women go for these services. It is not just the commodities alone, even the supplies. Eventually, they should also train the workers because family planning is a very specialize service. Different women need different services. Training of the people who will counsel the patient and give them the services is equally important.