Over 19.4 million Afghans to face acute hunger this winter – UN 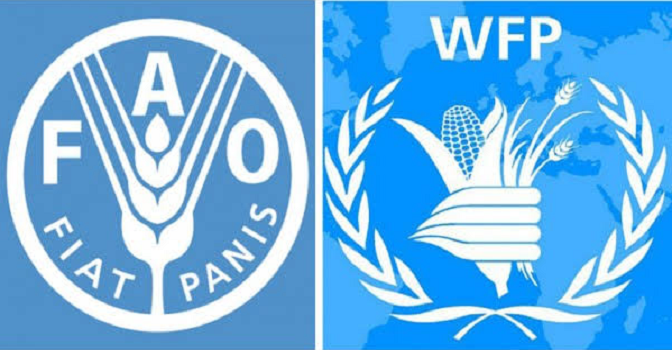 More than half of Afghanistan’s 38.93 million population could face acute hunger from November the United Nations has warned.

The warning was issued in a statement issued on Monday by the Food and Agriculture Organisation (FAO) and the UN World Food Programme (WFP).

It said that the impact of drought, conflict, coronavirus pandemic and the ongoing economic crisis have severely affected people’s access to food.

According to the statement, the situation will deteriorate as winter approaches.

“One in two Afghans could face acute hunger between November and March. It is the highest rate ever recorded in the 10 years the UN has conducted food insecurity analyses in the country.

WFP Executive Director, David Beasley, said that the situation in Afghanistan is now among the world’s worst humanitarian crises.

He said millions of Afghans will be forced to choose between migration and starvation this winter.

“We are on a countdown to catastrophe if we don’t act now, hunger is rising and children are dying, we can’t feed people on promises.”

Children are particularly at risk of starvation and malnutrition since an economic and political crisis began in Afghanistan.

That is when the Taliban takeover in August and many families lose their main sources of income.

On Sunday, a local religious scholar reported that eight children had starved to death in the western part of Kabul.

The children were reportedly members of the same family who had recently lost their parents to illness.

Exiled Hazara politician, Mohammad Mohaqiq, on Sunday criticised the Taliban and called on the international community to send more aid to avert a humanitarian catastrophe.