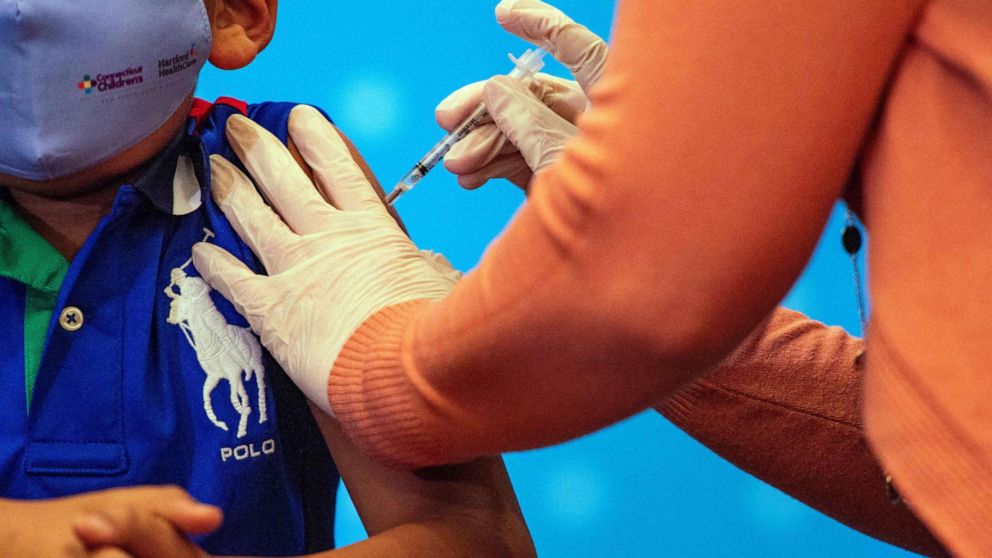 A panel of experts convened by the United States Food and Drug Administration unanimously recommended COVID-19 vaccines Wednesday for children under five, the final age group awaiting immunisation in most countries.

Formal authorisations for Moderna and Pfizer should follow soon, with the first shots in arms expected early next week, just over a year-and-a-half after the first Covid vaccines were greenlighted for the elderly in December 2020.

“This recommendation does fill a significant unmet need for a really ignored younger population,” said Michael Nelson, a professor of medicine at the University of Virginia, one of the 21 experts asked to vote for the milestone meeting.

Unlike regulators in other countries, FDA offers live streams of its internal deliberations and its stamp of approval is considered the global gold standard.

Opening the discussion, senior FDA scientist Peter Marks said that despite studies showing the majority of children have now been infected with the coronavirus, the high rate of hospitalisations among infants, toddlers and young children during last winter’s Omicron wave underscored an urgent need for vaccination.

“We are dealing with an issue where we have to be careful, we don’t become numb to the pediatric deaths because of the overwhelming number of older deaths,” he said.

“Every life is important and vaccine-preventable deaths are something we would like to try to do something about.”

The United States has recorded 480 COVID-19 deaths in the 0-4 age group in the pandemic, far higher than even a bad flu season, Marks said.

As of May 2022, there have been 45,000 hospitalisations in that group, nearly a quarter of which required intensive care.

Ahead of the meeting, the FDA posted its independent analyses of the pharmaceutical companies’ vaccines, deeming them both safe and effective.

Both vaccines are based on messenger RNA, which delivers genetic code for the coronavirus spike protein to human cells that then grow it on their surface, training the immune system to be ready. The technology is now considered the leading Covid vaccination platform.

Efficacy against infection was higher for Pfizer, with the company placing it at 80 percent, compared to Moderna’s estimates of 51 per cent for children aged six months to two years old and 37 percent for those aged two to five years.

But the Pfizer figure is based on very few cases and is thus considered preliminary. It also takes three doses to achieve its protection, with the third shot given eight weeks after the second, which is given three weeks after the first.

Moderna’s vaccine should provide strong protection against severe disease after two doses, given four weeks apart, and the company is studying adding a booster that would raise efficacy levels against mild disease.

However, Moderna’s decision to go with a higher dose is associated with higher levels of fevers in reaction to the vaccine compared to Pfizer.

There are some 20 million US children aged four years and under.

Although obesity, neurological disorders and asthma are associated with an increased risk of severe disease among young children, it’s not easy to predict severe outcomes.

In fact, 64 per cent of hospitalisations in those under five occurred in patients without comorbidities.

Children can also go on to contract multisystem inflammatory syndrome in children (MIS-C), a rare but serious post-viral condition. Some three to six percent can experience long Covid symptoms for more than 12 weeks.

The FDA is expected to soon act on the panel’s recommendation, and the matter will go to the Centers for Disease Control and Prevention for a final say.

White House officials last week said the rollout of 10 million shots at pharmacies and doctors’ offices could begin as soon as June 21.