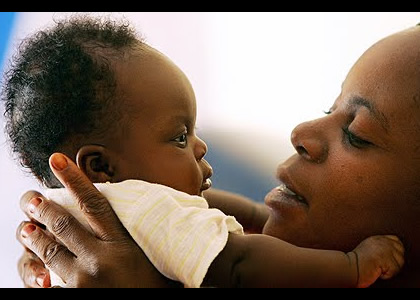 From Monday, children visiting hospitals to update their immunisation shots will get an extra shot. A new vaccine targeting at least 10 diseases related to pneumonia is set to become part of routine immunisation for children aged one year and below in hopes of averting nearly half a million deaths, the National Primary Health Care Development Agency says.

The Pneumococcal Conjugate Vaccine, PCV, will roll out in 12 states by Monday December 15 in the first phase of introduction and could avert an additional 486,957 deaths of children over the next six years, the agency adds. It is called “conjugate” because it targets more than one disease.

Children aged one will get at three doses of PCV every four weeks as part of their routine immunisation schedule in health facilities. Pneumococcal diseases, caused by the bacterium Streptococcus pneumoniae, are leading causes of morbidity and nearly 1.6 million annual global death in adults and children from pneumonia, meningitis and sepsis, experts say.

The bacterium normally lives in the throat and nose of healthy people but has potential to cause infections, which differ by geographic region and age. Children are most affected—one dies every two minutes from pneumonia around the world. One of every 20 children dying from pneumonia is in Nigeria, where 13% of all child deaths—nearly 200,000 each year—are from pneumonia, second only to India’s burden, says World Health Organisation.

An additional 45.9 million doses of the vaccine are expected from the early quarter of 2015 to 2017. A second phase by April 2015 will cover Ogun, Oyo, Sokoto, Imo, Bayelsa, Cross River, Benue, Taraba and Abia.

A third phase planned for April 2017 will cover remaining states country wide. PCV introduction, earlier planned for last year, was delayed due to global vaccine shortage. It is the next vaccine to be introduced after last year compounding five routine antigens into a pentavalent form (five vaccines in a single shot) and another for rotavirus is planned as soon as next September.