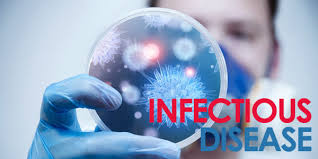 The Nigeria Infectious Diseases Society (NIDS) has advised the Federal Government to scale up vigilance to ensure early detection, management and prevention of infectious disease in the country.
Prof. Abdulrazaq Habib, President of the association, gave the advice in an interview with the media men on Monday in Abuja.
Habib, who identified infectious diseases to include Lassa fever, HIV, Tuberculosis and Malaria, however said there was need for intensified efforts to stem the spread of such diseases.
According to him, though a lot of progress has been made to reduce their prevalence, he added that it still requires more attention.
He described them as the commonest cause of death and major cause of diseases in the country.
Habib noted been part of global communities as one of the ways to curtail the emergence of diseases, adding that no one nation can achieve the fight in isolation.
“Infectious diseases could be transmitted from one person to other likewise from one country to the other as in the case of Ebola, hence the need for collaborative efforts.
“Lassa fever and measles are emerging issues and endemic. We need to increase our vigilance and empower healthcare workers to detect, diagnose and respond urgently during emergencies.
“Border control should be strengthened, porosity of our Airports should be checked in such a way to know who entered the country to be evaluated for potential importation of infectious diseases, among others,’’ Habib said.