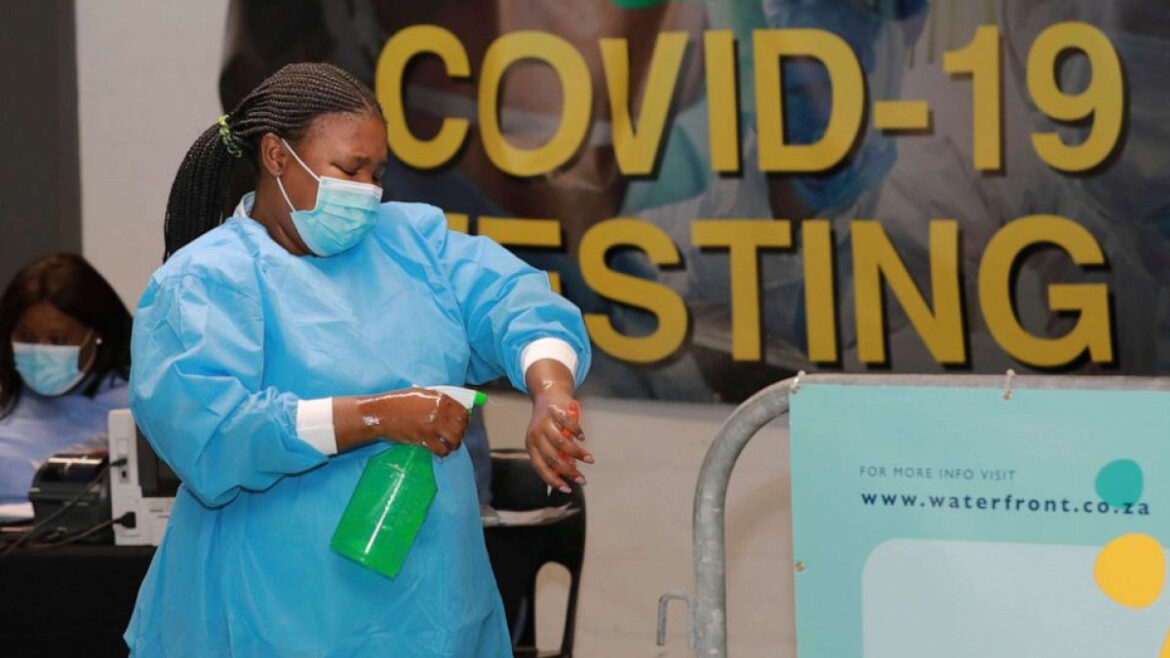 This amid a spike of COVID-19 infections and reports of mortuaries overflowing in the Asian country after it dropped stringent “zero-Covid-19” measures on December 7 to adopt a strategy of living with the virus.

The spike has triggered a host of nations, including Canada, Australia, the US, UK, France, Italy, Spain and Japan, to reinstate Covid-19 travel requirements of a negative Covid-19 test or testing upon arrival from those who had visited China.

Health department spokesperson Foster Mohale said: “There is no immediate plan to impose travel restrictions or special requirements on travellers from China and other parts of the world. However, we are monitoring the surge of cases in China.”

The National Institute for Communicable Diseases reported 117 new COVID-19 infections on January 1 with 47 cases in KwaZulu-Natal, 28 in Gauteng and 23 in the Western Cape.

The health department’s response is shared by internationally renowned bioinformatics scientist Prof Tulio de Oliveira who said despite “fear the COVID-19 tsunami” will derail global intervention developed in the past two years there was no need to panic.

In a series of tweets, De Oliveira, who helped lead the multidisciplinary team who discovered the Omicron variant of SARS-CoV-2, which quickly became the dominant variant of the virus globally, said testing before boarding a plane and travel bans seem to be “ineffective, as shown with the restrictions to South Africa during Omicron.”

De Oliveira said the wave of COVID-19 infections in China seems to be “enormous, some of the epidemiological modelling and news point to millions of daily infections and up to 9,000 daily deaths.”

He said the China wave, based on limited data, is dominated by two sub-lineages of Omicron BA.5 (BA.5.2 and BF.7).

“To me, the reason of low severity of Omicron BA.5 is because it’s spread in a background of very high population immunity (vaccination and previous infections) and better clinical knowledge of how to manage Covid-19. China has good vaccine coverage and knowledge on management.”

De Oliveira said the globe should try to support China and not isolate or discriminate against them while simultaneously increasing genomics surveillance in one’s own country.

“One thing that this pandemic showed us is that nationalism, punishment and discrimination do not work.

“In summary, we should be alerted of the situation in China and support them to control [it]. We should also do our homework so, in case a new wave starts, it can be managed effectively. We are not in 2019 but end of 2022 and we have the tools knowledge to manage the pandemic.”

In recent days Chinese state media have sought to reassure the public that the outbreak was under control and nearing its peak. Infections in the cities of Beijing, Guanzhou, Shanghai and Chongqing are close to ending, news outlet Caixin said on Sunday, citing researchers in the Chinese commercial hub.

But infections will peak in the urban regions of Sichuan, Shaanxi, Gansu and Qinghai in the latter half of January, they added.

More than 80 per cent of those living in southwestern Sichuan have been infected, the province’s Centre for Disease Control and Prevention has said.

However, Monday’s single new COVID-19 death — flat from the previous day — among China’s population of 1.4-billion does not match the experience of other countries after they reopened.

The official death toll of 5,250 since the pandemic began compares with more than 1-million in the US. Chinese-ruled Hong Kong, a city of 7.4-million, has reported more than 11,000 deaths.

About 9,000 people in China are probably dying each day from Covid-19, health data firm Airfinity said last week, while cumulative deaths since December 1 have probably reached 100,000, with infections at 18.6-million.

Airfinity, which is based in Britain, expects China’s COVID-19 cases to reach their first peak on January 13, with 3.7-million daily infections.

China has said it only counts deaths of COVID-19 patients caused by pneumonia and respiratory failure as being related to the disease.

Countries that imposed fresh COVID-19 rules on travellers from China