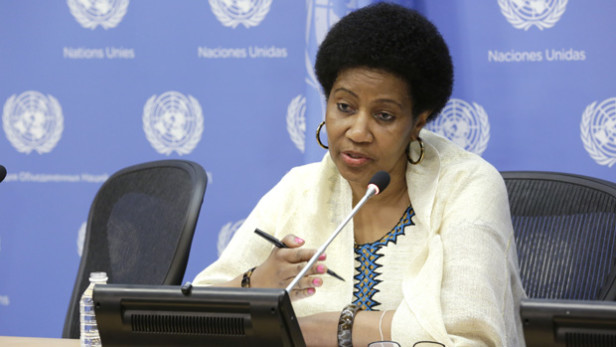 A press release made available to Health Reporters on the eve of the 3rd International Conference on Financing for Development, UN Women is calling for transformative financing to end gender inequality by 2030.

The Financing for Development conference, to be held in Addis Ababa from 13-16 July 2015, will bring together high-level officials from across the world to agree on a set of far-reaching commitments to finance sustainable development, including those linked to official development assistance, trade, debt, taxation and technology, among other issues. The meeting provides a critical opportunity to ensure the centrality of gender equality in the mobilization and allocation of all sources of financing, public and private, domestic and international.

“We have an enormous opportunity,” says Phumzile Mlambo-Ngcuka, UN Women Executive Director. “As we look towards the new development agenda, it is clear that its sustainability will be strongest, and most enduring when it is based on equal, financially resilient, and inclusive communities. We have to act now to vastly increase financing, from all sources and at all levels, in line with women’s rights. Now is the time for governments to put gender equality and women’s empowerment at the heart of all discussions, all agreements.”

The release highlighted that for decades, chronic underinvestment in women’s empowerment has hampered progress on women’s rights and gender equality. Conducted by UN Women, a recent review of progress on implementation of the landmark 1995 Beijing Declaration and Platform for Action, endorsed at the Fourth World Conference on Women, found advances towards gender equality have been slow and inconsistent, often attributable to financing gaps. In some countries, these gaps are as high as 90 per cent.

It observed that beyond increasing the amount of financing, including through official development assistance and domestic resources such as taxation, countries need to adopt public policies that address the root causes and consequences of gender inequality and discrimination in all areas of life. In this regard, women must participate fully in decision-making at all levels, and action should be taken to mainstream gender in national planning and budgeting processes. Furthermore, the private sector must uphold the human rights of women and be held accountable for contributing to progress, such as by empowering women in the workplace. Women’s organizations, integral to the long struggle for equality and having built a cohesive, inclusive movement for gender equality, must also receive significantly more funding to perform their advocacy and mobilization roles.

During the Addis Conference UN Women will join UN Member States to launch the Addis Ababa Action Plan on Transformative Financing for Gender Equality and Women’s Empowerment. This Plan aims to outline key policy and financing priorities to translate the pledges in the Addis Ababa Accord and Action Agenda into prioritized, well-resourced actions for meeting new and existing commitments to gender equality and women’s empowerment to in the post-2015 sustainable development agenda.

The release also announced that with the World Bank Group President, Jim Yong Kim, and the UN Secretary-General Ban Ki-moon, UN Women will host a side event called “Financing for Gender Equality—Results and Good Practices.” It will engage ministers, civil society and business representatives to champion high-impact financing success stories. UN Women is also supporting an event hosted by the Ethiopian government on African women’s role in the sustainable development goals.