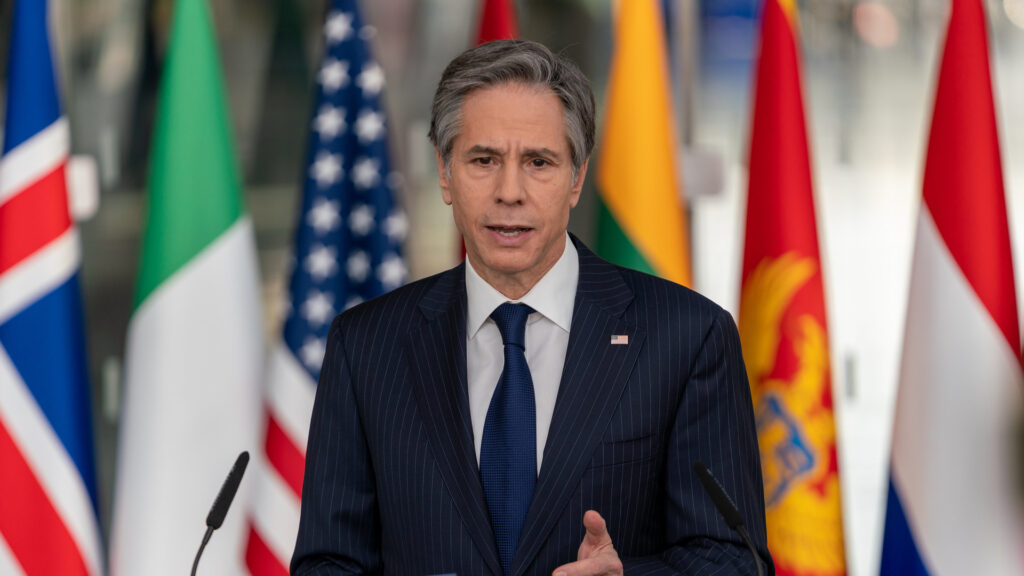 United States Secretary of State, Antony Blinken is traveling to South Africa, the Democratic Republic of the Congo, and Rwanda this week, where the United States has been deploying resources and working in partnership with African governments, institutions, businesses, scientists, and other leaders to prevent hunger and combat the global hunger crisis.

He will talk on food security and at the same time, address the rising rates of malnutrition, which has hit the African continent the hardest.

At the G7 summit in June, President Joe Biden and the G7 leaders announced more than $4.5 billion to address global food security, more than half of which will come from the United States.

“This $2.76 billion in funding from the US government will help protect the world’s most vulnerable populations and mitigate the impacts of growing food insecurity and malnutrition, including from Russia’s war in Ukraine, by building more resilient agricultural and food production and systems around the world, and responding to immediate emergency food needs.

“We have recognized the need for immediate action to avert far-reaching consequences, and we are responding with targeted support for Africa’s own plans for food security and food systems transformation.

“Of this $2.76 billion, $760 million will go to short-term sustainable food assistance to help mitigate further increases in poverty, hunger and malnutrition in vulnerable countries affected by high food, fertilizer and fuel prices.

“Of this amount, we are working with Congress to appropriate $336.5 million for bilateral programs for countries in sub-Saharan Africa, including Burkina Faso, the Democratic Republic of the Congo, Ethiopia, Ghana, Guinea, Kenya, Liberia, Madagascar, Malawi, Mali and Mozambique.

It was also learnt that of this $2.76 billion, United States Agency for International Development (USAID), is programming $2 billion in emergency food security assistance over the next three months.

“As of August 8, 2022, the US has provided nearly $1 billion specifically to countries in Africa for this $2 billion commitment, including the Central African Republic, the Democratic Republic of the Congo, Ethiopia, Kenya, Mali, Mozambique, Nigeria, Somalia, South Africa, Sudan and Uganda.

In addition to the President Biden’s G7 commitment, the US has announced the reduction of the balance of the Bill Emerson Humanitarian Fund, an effort in coordination with the US Department of Agriculture that will provide an additional $670 million in food assistance to respond to historical levels of acute food insecurity around the world.

The funds announced in July and August 2022 will be used to purchase food products from the US to bolster existing emergency food operations in countries facing severe food insecurity.

The resources will be delivered to: Ethiopia, Kenya, Somalia, South Sudan and Sudan.

“This expansion brings the number of priority countries globally to 20 and delivers on President Biden’s commitment in September 2021 to work with Congress to provide $5 billion through Feed the Future to end hunger and malnutrition.

“This is across the world and build sustainable, resilient and inclusive food systems abroad.”

The US government will also contribute to international efforts to support livelihoods and nutrition and help vulnerable countries build resilience to shocks, including food price volatility, supply chain issues, climate impacts and other long-term threats.

Subject to notification from Congress, the US plans to provide $120 million for the African Development Bank’s (AfDB) African Emergency Food Production Fund (AEFPF) to increase production of wheat, maize, climate-adapted rice and soybeans for the next four growing seasons in Africa.