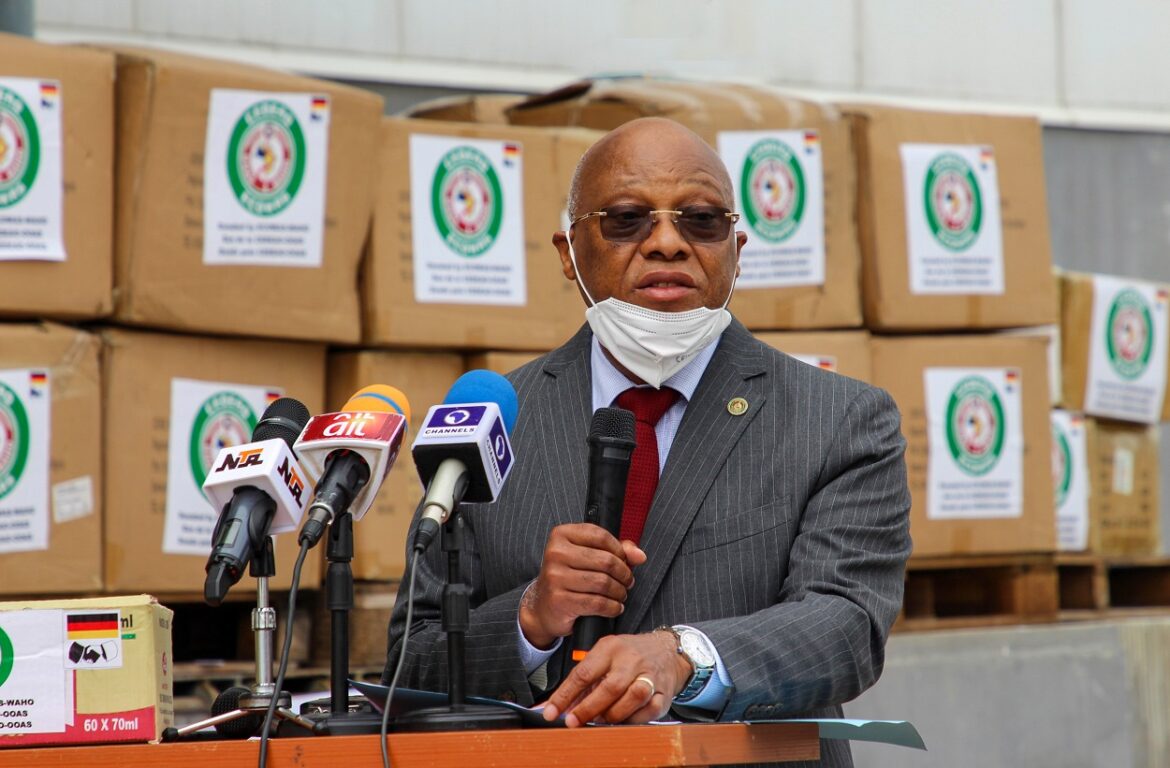 The West Africa Health Organisation (WAHO), says that Life expectancy in ECOWAS member countries is estimated to range from 54.7 to 73 years in 2019.

It said Cape Verde and Senegal have the highest number of above 65 years.

Prof. Stanley Okolo, the WAHO Director-General (DG), disclosed this in an interview on Monday in Abuja.

Okolo said deaths observed in the region can be organised according to the broad categories of causes.

He said that with the exception of Cape Verde, ECOWAS countries generally show the same pattern in the distribution of causes of death.

“This burden is due in particular to nutrition-related diseases, cardiovascular diseases and cancers.

“Finally, the share of deaths from injuries (road traffic accidents, occupational accidents, suicides, crimes, etc.) in the region is about one-tenth in each of the countries of the region,” he explained.

The WAHO DG said that the incidence of the major communicable diseases is still high in the region with new HIV infections at 93 per 100,000 inhabitants in The Gambia and 88 per 100,000 in Guinea Bissau reported in 2020.

“In contrast, Niger and Senegal had 50 and 80 per 100,000 respectively, while Guinea Bissau and Liberia had the highest incidence of TB in 2020.

“It should be noted that Cape Verde has no new cases of malaria,” he said.

Speaking on the Health Service Coverage in the region, Okolo said that the information on health service coverage was for the year 2020, although some countries validate their national data one year late.

“It is after this that WAHO can collect, compile and transmit the regional information.

“The ECOWAS region is still characterised by low health service coverage. There are different values between countries, ranging from 35 per 100 in Cape Verde to less than one in Mali (for primary level health facilities).

“An important comment in respect of secondary and tertiary level hospitals is that they are unevenly distributed, often being concentrated in large cities and not always geographically accessible to some,” he said.

Okolo said that in terms of health personnel, the levels reached were also very low, adding that another important issue in the provision of health services is immunisation.

“Bacillus Calmette–Guérin (BCG) vaccination coverage was on average 93 per cent in the region, although the recommendations for achieving the Sustainable Development Goals (SDGs) call for at least nine doctors per 10,000 inhabitants, 12.7 midwives and 22.8 nurses,” he said, indicating that the countries in the region that reported their data show levels far below.”

According to him, despite limited available resources, the main services offered to the population have achieved significant coverage rates.

“On the first ante-natal visit by pregnant women, Liberia has a very low rate with less than one third of pregnancies being followed up. The highest coverage is reported in Côte d’Ivoire (99 per cent), Cape Verde (92 per cent) and Guinea (91 per cent),” he said.

He said there have been significant declines, including  a loss  of  more  than  44  percentage  points,  in  ante-natal I coverage  and  three points  in  antenatal II coverage in Liberia.

“This reflects the need to sustain effort. Another important health issue in the provision of health services is vaccination.

“BCG vaccination coverage was on an average 93 per cent in the region. For the third dose of the pentavalent vaccine, it was 93 per cent.