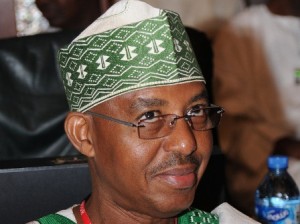 By  Ndidi Chukwu 45 days to the end of Jonathan’s administration, top government officials are working towards wiping bad writings on the slates before the handing over date, 29th of May. Bad enough, government programmes continue to suffer cancellation and disruptions The Federal Ministry of Health’s schedule of events to mark World Health Day is the latest to suffer such disruptions. A press briefing on Tuesday did not hold after invited guests and journalists waited in the ministry’s conference room for two hours. Among the invitees was the country representative of the World Health Organization Rui Gama who waited out the health minister’s non-appearance until officials finally announced a postponement. The official reason given was that the minister was at a meeting at the presidential villa, a day before routine Weekly Wednesday meeting of the Federal Executive Council. The official told journalists both the minister and minister of state for health were “summoned” to the Villa and it was uncertain when they would be back. Countries all over the world have joined the World Health Organisation (WHO) to commemorate the World Health Day on April 7th to call the attention of government and global community to public health issues of international concern with the theme “Food Safety” and slogan “from farm to plate, make food safe”. The Nigerian government is yet to brief the press one week after as it is faced with elections and the change of administration due to happen come 29th of May.