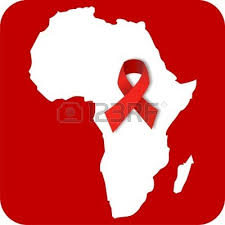 Over 300 people living with HIV 6 am today Monday morning stormed and shut down the Abuja office of the National Agency for Control of AIDS in protest of neglect and inadequate funding which led to many deaths of people from AIDS. The protesters who crumbled official activities of the agency with placards which read “we are tired of attending funerals of our members” said more women and children are dying due to unavailability of drugs. The aggrieved protesters barricaded the entrance of NACA’s headquarters, stopping staff from entering the agency’s office.

Under the day’s scorching sun is the Director General of the Agency, Proffessor. John Idoko, staff and protesters from the Members of the Network of People Living with HIV/AIDS in Nigeria (NEPWHAN), which represents more than 3 million people living with the virus, a scenario which the leaders of the protesting NEPWHAN members have said may last for days. They have vowed to continue daily barricade of the agency for at least 25 days. But the agency called the barricade a “deliberate attempt to jeopardize” its activities. Among the protesters are Men, women and children with palm fronds stuck between their lips carried placards that queried: “How many more people will die of AIDS before government gives attention?”

The protest comes on the heels of concerns that international agencies have started reducing funding for HIV services in Nigeria. “If they withdraw funding and we don’t get funding for our treatment, we are going to die,” said Samaila Garba, the network’s public relations officer. NACA admitted donors were “flat funding”—keeping annual donations to Nigeria at a steady level—but the static funds have already impacted services in some tertiary hospitals where HIV services are supported by AIDS Prevention Initiative Nigeria (APIN). They also lamented that some providers have stopped registering new HIV patients for care and previous patients are ask to pay for services out of their pockets. From October 1, HIV patients began paying N12, 000 a year for laboratory tests at an APIN-supported HIV clinic at University College Hospital, Ibadan. This November, another APIN site where some 23,000 people seek treatment, began charging patients N5, 000 for registration, N2, 000 for consultation, N8, 900 for laboratory evaluation, N2, 900 for lab follow-up, and N1, 000 to pick up drugs. The services have been free since 2006 when the administration of former president Olusegun Obasanjo rolled out sponsored antiretroviral treatment for 250,000 people living with HIV. Since then countries with lesser HIV burden than Nigeria—Kenya, Zambia, Togo, South Africa—have at least doubled funding for HIV services.

Donor agencies that have famously funded HIV services in parts of the country, including the US government, Global Fund and UNAIDS, have variously said they expect Nigeria to raise domestic funding to provide treatment and services for people living with HIV. Only 30% of all eligible for treatment have access to antiretroviral drugs—all others are not registered for any sort of treatment.

But government proposed plans to register extra 600,000 adults and children for antiretroviral treatment under the President’s Comprehensive Response Plan for HIV/AIDS, launched when heads of governments of African Commonwealth met in Abuja July last year. PCRP also plans to provide HIV testing for 80 million Nigerians, drugs for 244,000 pregnant women to stop them passing HIV to their unborn children, prevention services to 500.000 people considered most-at-risk population, and open up 2000 new sites for HIV treatment and another 2000 for prevention of mother-to-child transmission of the virus. PCRP, to be bankrolled using money from Subsidy Reinvestment Programme (SURE-P), was estimated to cost N140 billion in the first year alone, but only N8 billion was appropriated, said NACA Director-General John Idoko. “As we speak, we have received only 20% [around N1.6 billion]. We hope that we are going to receive the rest,” he said to protesters on today. “It is important to recognize that no other government has released this amount of money. I can assure you the money that is going to be released is going to transparently and accountably used.”PCRP problem is implementation, said Samaila Garba. “If we allow the implementation to go wrong at this point, the president’s plan will be defeated by bureaucrats.”

The network said PLWHA community was not involved in NACA’s decision to start implementing PCRP to pay for treatment and lab tests for PLWHA in Taraba and Abia states.On protest placards, the network insisted it wanted PCRP to cover all 36 states and the FCT. One placard read “Nothing for us without us.” Idoko said PCRP treatment would eventually roll out nationwide but was restricted to Abia and Taraba yet because it was a “stopgap” to intervention from the US government.

Among its grievances is the call for Nigeria Government to take total responsibility of their care, “we are treated like refugees in our own country, our government has abandoned us, some of us are tax payers we contribute our quota to national development, how is it that it is only Nigeria that does not have plan for people living with HIV, other African Countries are funding their HIV intervention” said Victor Omosenhi, General Secretary of the network.  Nigeria has the second highest burden in the world with 3.4 million living with HIV, only 649,000 HIV positive persons out of 1.8 million people that are eligible for treatment are currently accessing antiretroviral drugs. The protest comes when Nigeria is expected to join the rest of the world in another Jamboree, to mark 2014 World AIDS DAY, come December 1st with people living with HIV/AIDs continues to die.

Nigeria launches its own Every Newborn Action Plan