Nigeria launches its own Every Newborn Action Plan 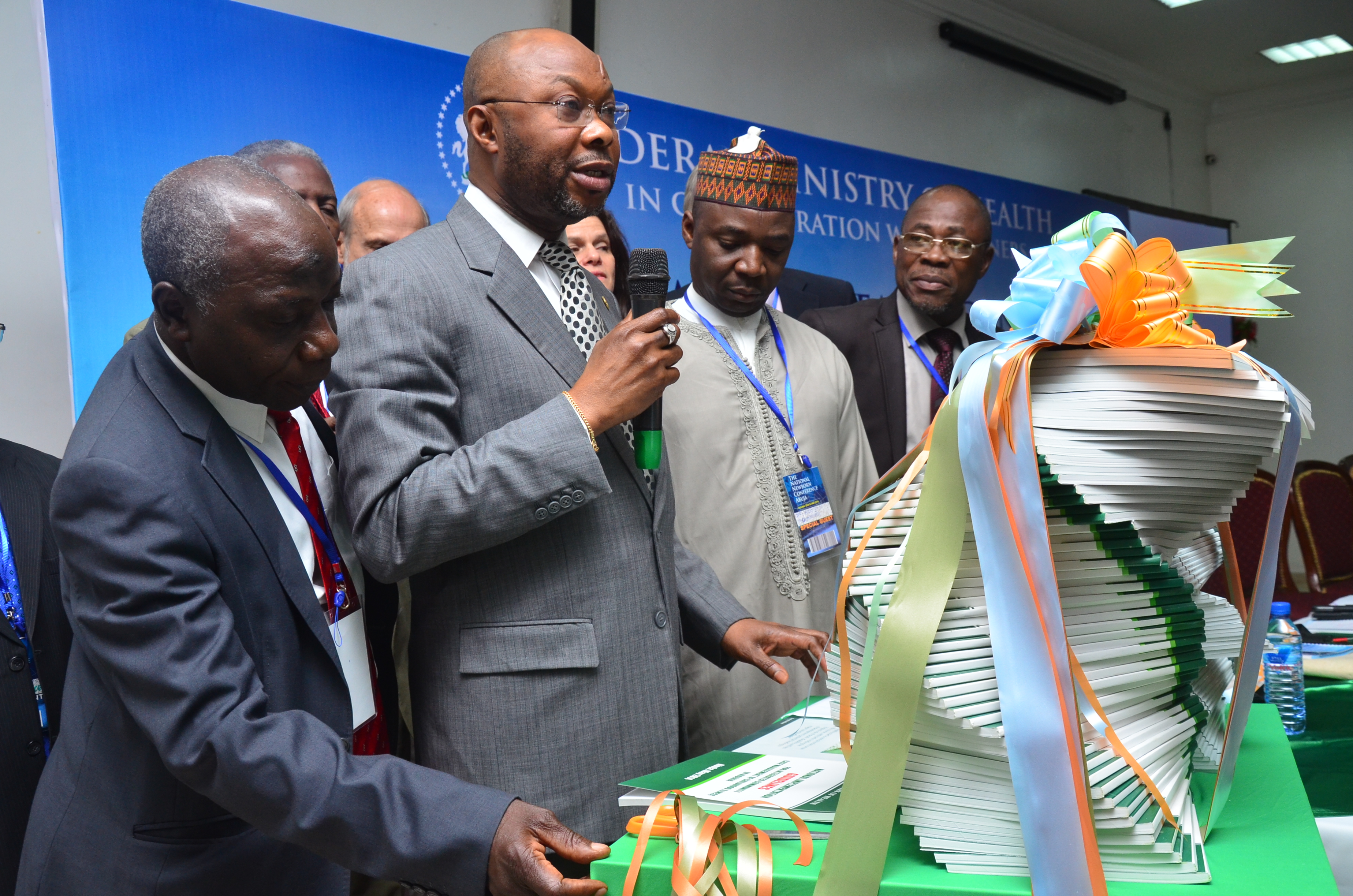 Although remarkable progress has been made in recent decades to reduce the number of child deaths worldwide, too many newborns continue to die each year despite the availability of feasible, evidence-based solutions.

Trend analysis of the WHO/Child Health Epidemiology Reference Group (CHERG) reports in Countdown 2012 and 2014 also shows that the contribution of newborn deaths to total under-five deaths in Nigeria has increased from 29% to 32%. This implies that it will be improbable that Nigeria will further reduce under-five Mortalities without significant reduction in Neonatal deaths.

Speaking at the National Newborn Health Conference in Abuja on 23rd October 2014, the health Minister said “the government, is not oblivious to the fact that there is much work to be done to consolidate on the victory of conquered grounds and expand the frontiers in territories that are more challenged.  Consequently government has been involved in a number of initiatives that directly or indirectly improve newborn survival”

As part of Government effort to reduce U-5 death, the Infant, Maternal and Newborn Child Health (IMNCH-MDG) budget line was established in 2011 to provide for implementation of cost effective maternal health interventions. The Maternal Newborn and Child Health (MNCH) week was adopted as a strategy of improving access to quality service delivery for the underserved populations.

Nigeria also adopted the Subsidy Reinvestment &Empowerment Program, a $100 million per year commitment four year programme and Midwife Service Scheme (MSS) with improvements in MNCH commodities supply, equipment and refurbishment of infrastructure at service delivery points. In-order to improve the skills of the Nigerian  frontline health workers, the Essential Newborn Care training package was adopted for in-service trainings while the pre-service training curriculum of all cadre are being revised. Community Health Extension Workers (CHEWs) are also being trained on Community based newborn care.

“It is of note that Mr. President has worked as co-chair on the UN Commission on Life-Saving Commodities for Women and Children (the Commission). 15 essential commodities were selected for Nigeria along the continuum of care out of these, four are specifically for neonatal health namely: Chlorhexidine, Injectable antibiotics, Antenatal corticosteroids, and Neonatal resuscitation devices” Alhassan said he also noted that Nigeria adopted the use of chlorhexidine for newborn cord care. “As part of ensuring availability, Nigeria is the First Country in the African continent, locally manufacturing Chlorhexidine” he stated The launch of the Government of Nigeria’s Saving One Million Lives Initiative and the recent launch of the Universal Health Care Initiative show that the platform to reach every woman, newborn and child is already set; what is needed is commitment at state & LGA levels to ensure that all these interventions reach every woman & child anywhere they are across the country.

Everything is possible with good policies, Nigeria’s National Primary Health care Development Agency (NPHCDA) is saddled with new responsibility, following the launch of Nigerian Call to action on Nigerian Every Newborn Action Plan, (NENAP). Dr. Ado Mohammed, the NPHCDA executive Director has said that the outcome of the newborn conference will naturally key into the primary health care system “that is why we brought in the Commissioners of Health and Executive Secretaries of the State Primary Health Care Development Agency, because we intend to use the primary health care platform as an entry point to deliver on this new action plan”

Ado is optimistic that the elimination of neonatal death is possible, as said that ” already every ingredient that point to functionality of primary health care have been positioned at the primary health care level, looking at infrastructure, commodities and human resource this has been positioned that is why we are using different intervention like the Midwife Service Scheme which is operational in 2,000 locations currently in these 2,000 locations we have improved human resources with Midwives and we have also provided commodities”

He noted that “the PHC system will be a good platform for Nigeria to deliver on this newborn action plan”He further explained that the gap between the U-5 mortality and neonatal death is “quite huge and that is why we are trying to bridge it so that neonatal deaths will be reduced to the barest minimum,  we have developed a road map that will make that happen and that includes the availability of life saving commodities in our facilities  Chlorhexidine, Injectable antibiotics, Antenatal corticosteroids, and Neonatal resuscitation devices are already available it is left for us to translate this commitment into action” Ado said. The launch of Every Newborn Action Plan for Nigeria will give birth to a country where there are no preventable deaths of newborns or still births, where every pregnancy is wanted, every birth celebrated and women, babies and children survive, thrive and reach their full potential.

12 years and we are still writing Health