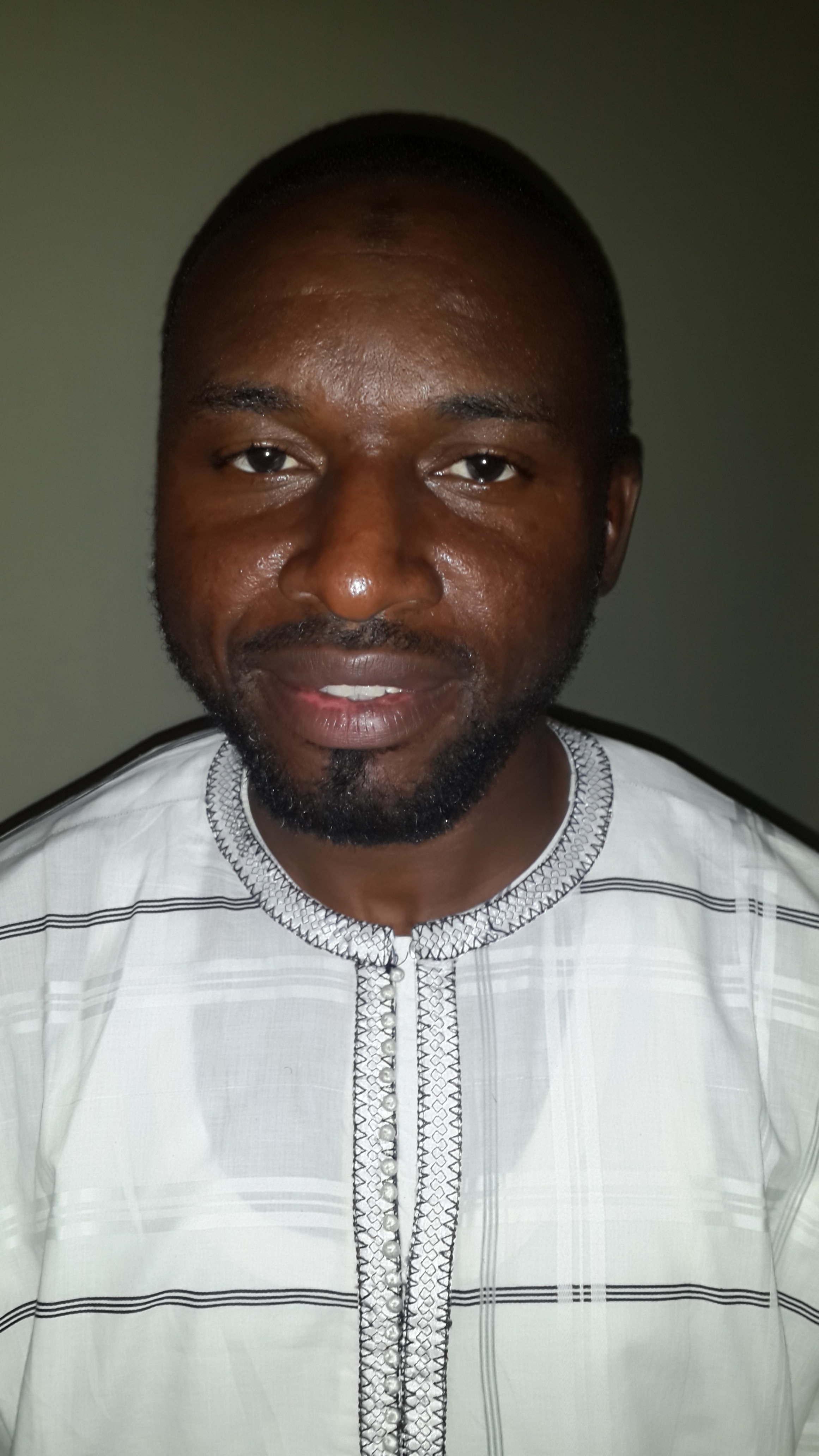 Ageing is a normal physiological process that all living things that live long enough cannot escape. As we wish to live long to see our grandchildren, we ought to be conscious of the biological challenges ahead of us.  .Wisdom is one thing that the Africans believe is bestowed in the aged and usually tap from them. The peculiarities of our environment deny most children from reaching adulthood not to talk of getting old. One of the most striking changes in the demography of developed countries has been increased proportion of elderly people. For example in Scotland between 1755and 1990 the percentage of people over the age of 60 years has risen from 7.3 to 20.1 much of the changes has occurred over the last hundred years when there has been a dramatic reduction in perinatal and infant mortality, and a steady decline in the death rate from infectious diseases throughout adult life. It may be difficult to say at what age we transit from middle to old age. One thing that is certain is that a number of factors such as good nutrition, healthy social behaviours and exercise, to mention but a few, delay the onset of some of the physiological changes associated with old age.  It therefore means that one can either age gracefully, which we all hope, or pathologically. The extended family system still practice in our certain gives the aged among us a sense of belonging as opposed to deploying them to geriatric homes as practice in the developed countries.

Modern science is still in darkness as to the exact physiological mechanism(s) responsible for ageing. So many theories prominent among which include programmed cell death, free radical theory, have been propounded. Most body organ systems have a functional reserve which reduces with age. The reduction in this reserve capacity may precipitate crises in cases of mild stress induced by illness or unaccustomed exercise. It also should be recognized that the effects of ageing are usually insufficient to interfere with the function of an organ under baseline conditions.

Physiological changes associated with ageing affects all the body system from the digestive system to the special senses (eyes, nose, tongue, ears). Elderly people suffer from digestive disorders because of many different factors.  Although the gastrointestinal (GI) tract does not usually change very greatly due to the ageing process, there are influences other than ageing that take their toll.  Malnutrition, a reduction in exercise, or abnormality in any other part of the body may lead to digestive symptoms ranging from abdominal pains, constipation to dysphagia (difficulty with swallowing).  The elderly people are more prone to developing cancer in the digestive system compared to the general population. Chromosomal instability is often the cause, but other factors include a diet low in fiber and high in carcinogens (cancer inducing agents) or a chronic inflammation of the lining of the stomach.  Diverticular disease is also common among the elderly.  Again, a low fiber diet is one of the leading cause of this painful condition (diverticular disease) in which pouches or sacs form in some part of the digestive tract.  A low fiber diet often causes constipation and this in turn increases pressures in the colon (large intestine) promoting the formation of these sacs.  Ulcerations near the diverticula may then cause colonic hemorrhage, complicating matters.

The incidence of gastric ulcers rises with age.  In many cases, these ulcers are found in people who must take aspirin and other kinds of medications, as the elderly often do.  Diseases of the mouth and esophagus are also found more frequently among the elderly than among younger folks.  Many of these age- related diseases can be prevented with regular tooth brushing, gum massage and flossing.  Gallbladder pathology develop in the elderly because as individuals age, their bile contains fewer acids which break down the substances that cause gallstones.

Changes within the connective tissue results in the loss of elasticity of the skin with associated wrinkling. Connective tissue damage is accentuated by excessive exposure to sunlight, and is particularly striking in fair skinned individuals. The elderly also have relative difficulty controlling their body temperature in warm weather due to decline in sweat glands. This results in high incidence of cardiovascular disease during heat waves. There is diffuse loss of hair, and the hair also becomes finer.

The risk of developing high blood pressure increases as we grow old due to hardening of blood vessels. The decline in function of the kidneys results in delayed elimination of many drugs thus, the need for adjustment of dosages by Physicians.

Physical changes in the ageing lens in the human eye leads to reduce deformability of the later thereby impairing good near vision without near spectacles correction (presbyopia). Cataract (opacity of the lens) and glaucoma are important causes of blindness in the aged. Changes in the cochlea (hearing apparatus) result in a high tone hearing loss (presbycousis). A decline in taste and sense of smell affect appreciation of food.

In the central nervous system, there is decrease in the number of neurons in the cerebral cortex, but this has minor effect on mental function. The elderly may develop acute confusion which requires full medical evaluation to rule out any background disease. Senile Dementia, a clinical syndrome characterized by a loss of previously acquired intellectual function in the absence of impairment of consciousness, is another relatively common finding among the aged. Acute confusion, urinary incontinentce, immobility and falls are quadruple causes of incapacity in the elderly patients referred to as ‘giant of geriatric medicine’.

Other physiological changes include delayed wound healing and depressed immunity. It has been established that ageing, poor nutrition, and chronic ill health in many old people interact with each other to interfere with the immune function. This immunological impairment in turn, interacts with several other factors to modify and mask the symptoms and signs of diseases in many elderly patients. This implies that an elder person may present with symptoms slightly different from the usual pattern of presentation in in young persons.

Alcohol consumption and smoking are two enemies that work synergistically to accelerate some of the adverse changes associated with ageing. The effect of chronic alcoholism in older people differs greatly from what obtain in the young. Elderly persons who indulge in excessive alcohol consumption to overcome the stress induced by old age are termed “reactors”.  It is more frequent in women than men and about one third of drinking excessive alcoholism among the elderly falls into this category.  They do not obtain the “high” that young drinkers seek, but may have memory lapses, headaches and confusion as a reward for their alcohol intake.  Their response to alcohol is also much stronger because of the physiological changes earlier highlighted. There is therefore the need to shun these social vices. Regular and tolerable exercise even in the form of walking could go a long way in promoting good health and delay in onset of symptoms.

The environment of the aged should be free of all injurious appliances since they are prone to falling. There is need for dietary adjustment to meet their demands. Vegetables and high fibre diets would reduce constipation to which they are susceptible to. Regular medical check ups is of paramount importance in that it allows for full clinical evaluation and to rule out any concomitant disease. Vision can be improved by use of medicated glasses for near work and distance if need be. It is advisable that reading is done under good illumination. Hearing aid may be of benefit as deem necessary by an ENT (ear, nose and throat) Doctor.

Old age is a transition that we all hope to pass through thus, the need to support those already there. As earlier mentioned our highly cherished communal way of living is supportive and should be jealously guarded. The government and other stake holders have a duty to support this dependent age group by subsidizing their medicals and other social needs. Old men are as vulnerable as children in the society and therefore deserve equal attention. Let us hope that as oppose to the old pension scheme, the newly introduced contributory pension scheme by the Nigerian Government would put smiles on the faces of the old retirees. AGE GRACEFULLY.